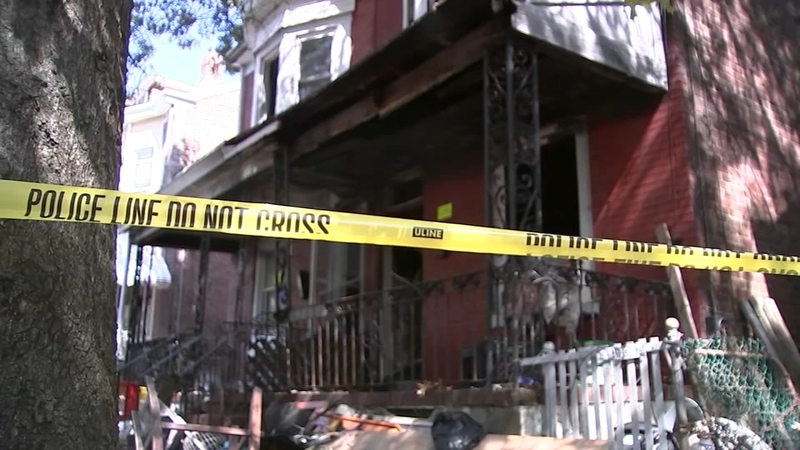 TRENTON, New Jersey (WPVI) -- A slew of firefighters and investigators remained on scene Wednesday where a three-alarm fire tore through a home in Trenton, New Jersey.

The home was engulfed by the flames Tuesday evening in the 700 block of Southard Street, and is now at the center of a suspicious death investigation.

A man's body, who neighbors believe was the homeowner, was found inside the piles of debris.

One fire official called the home a "hoarder" house, making it impossible for first responders to get inside.

"Everything was piled almost to the ceiling," said Deputy Chief Cliff Willever.

Investigators from the Mercer County prosecutor's office arson unit were at the scene with dogs combing through the property.

"There was a big explosion early on and that caused it to go to both buildings," Willever said.

Charred items from inside the home were left on the sidewalk.

According to neighbors who did not wish to speak on camera, the home's occupant lived alone but would get an occasional visit from a relative.