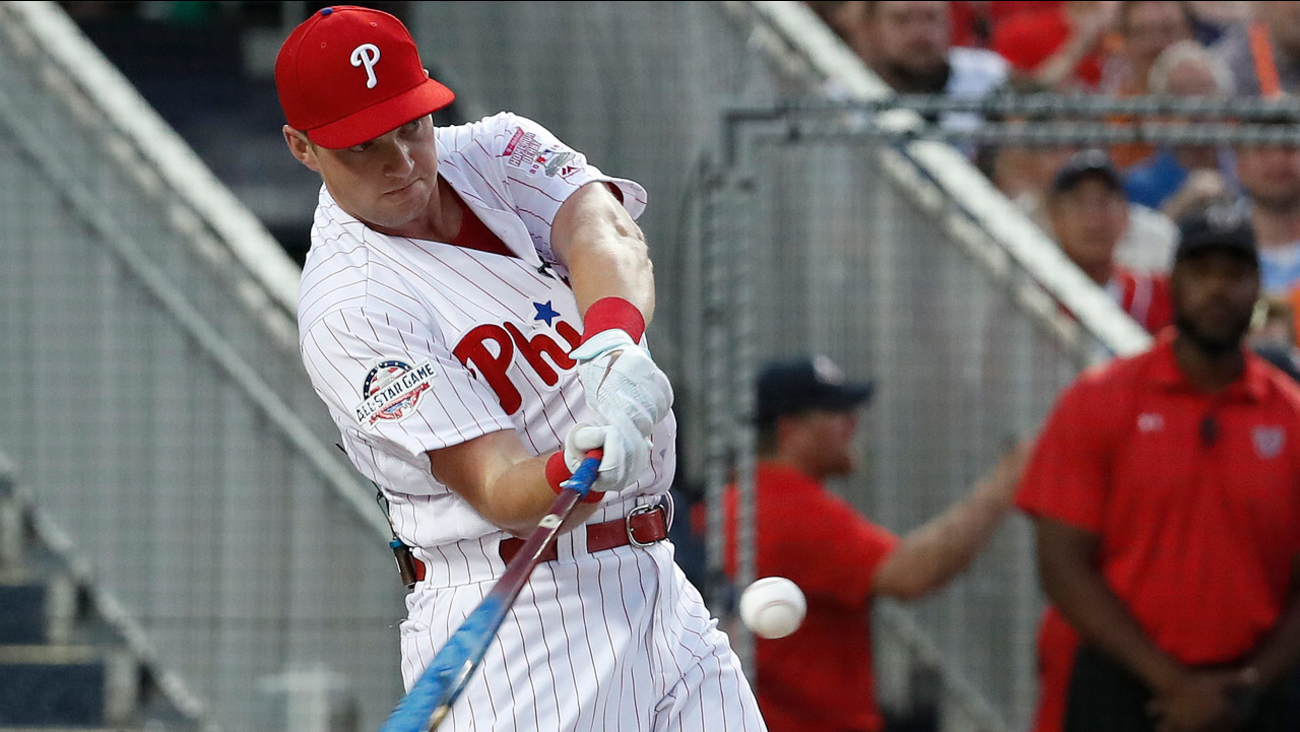 Philadelphia Phillies slugger Rhys Hoskins may not have made it to the finals of the Home Run Derby, but he certainly made a name for himself.

Hoskins upset top-seed Jesus Aguilar of the Milwaukee Brewers in the opening round Monday night at Nationals Park in Washington, D.C.. The eighth-seeded Hoskins ripped 17 long balls to make it to the semi-finals.

Aguilar hit too many balls to straightaway center, where the wall stands over 400 feet from the plate. Hoskins pumped most of his drives into the left-field seats, where it's 336 feet down the line.

His 17 home runs in the opening round caught the attention of the baseball world.

Rookie is more interested in scratches than the home run derby unless his dad @rhyshoskins is hitting. Not amused by the other hitters pic.twitter.com/UkMedUS2MX

The semifinal matchup between Kyle Schwarber of the Chicago Cubs and Hoskins went down to the final swing.

Hoskins hit 20 homers to put the pressure on Schwarber.


Using a late surge, Schwarber pulled one ball after another over the right field wall to squeeze out a 21-20 victory - by far the highest-scoring matchup of the night.

Hometown favorite Bryce Harper rallied in the final round, connecting on pitches from his father to beat Schwarber 19-18 and win the Home Run Derby.

While Hoskins did not win, he sure made a name for himself on the national stage with 37 home runs.

Rhys Hoskins is the first player in HR Derby history to hit 20 homers in the semifinals.

His 37 HR are already the 2nd-most HR by a Phillies player in a Derby. The only Phillies player with more was Bobby Abreu in 2005, who hit 41 and won it. pic.twitter.com/t9Z3jJVWvp

"I'd like to send my condolences to all of the balls that were harmed in the making of that Derby #OHMYGOODNESS," Hoskins tweeted.