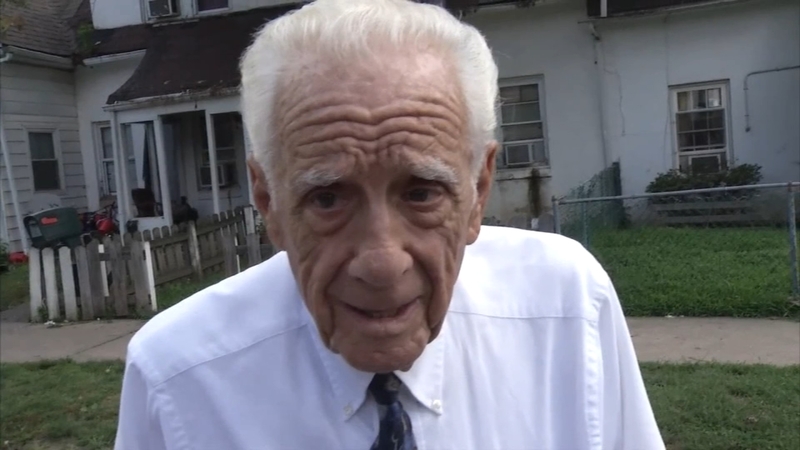 CLAYMONT, Del. (WPVI) -- Tempers boiled over Tuesday in Claymont, Delaware as the county put pressure on an alleged delinquent landlord to clean up his properties.

It was a combative scene between a landlord and neighbors. George Fantini is the owner of 34 properties, many of them in Claymont, Delaware.

According to the county executive, those properties are at risk of being stripped from him. Code violations have racked up:

A new executive order announced today by County Executive Meyer penalizes landlords who fail to maintain or pay taxes on their properties.

"We're going to come after you were going to put it in line to go to sheriff sale we're not playing anymore," said Meyer.

The county says in at least one home, there is nowhere to bathe, and no running water. Other homes are rented by the room, others have mold.

Chelsea Smith signed a lease on this home in February and has yet to move in.

"The floor is not done, it's leaking water through the roof every time it rains, there's no gas line in there," she said.

Action News confronted Fantini about the claims. He is promising to clear his debts. "Okay I'm gonna pay them all," he said.

The county executive has been in touch with Fantini for months. He said he's got the money to pay, but the government have yet to see a check.

And tenants haven't seen any improvements.