'Just give me a shot, please': Homeless man on Houston highway hoping to find stable job 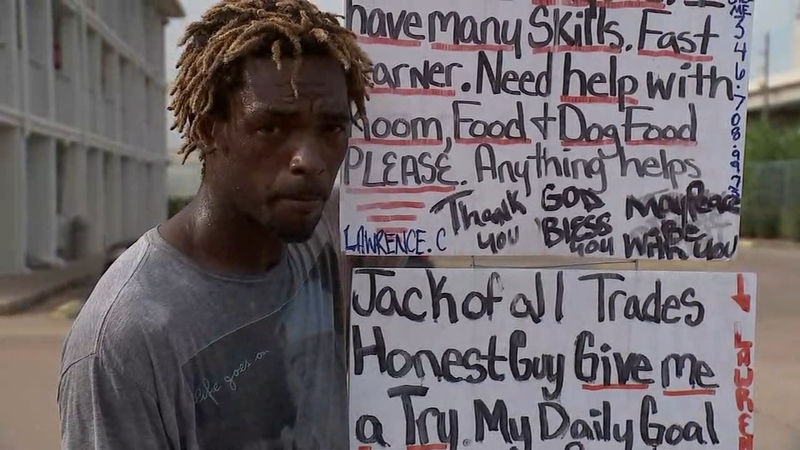 Homeless man on I-10 with sign seeking 'better things'

HOUSTON, Texas -- For the last 94 days, Lawrence Chappell has stood on the corner of a Houston highway with a sign.

"Jack of all trades," Chappell said, reading his sign. "Honest guy, give me a try. My daily goal is to pay for my room and pay for my service dog."

Chappell is homeless. He has been staying at a motel near the intersection of I-10 and Highway 6, where he tries to catch the attention of passing drivers.

Carpentry, tile, fence work, landscaping... you name it and Chappell said he is willing to do it.

He said he applies for jobs online, but he cannot clear the background check.

Chappell has faced charges over the years and is currently serving deferred adjudication for an aggravated assault charge.

He said he is ready to start a new chapter and is not giving up hope on getting a job.

His sign caught the attention of one woman, who took a photo of him and posted it to Twitter. It has been shared thousands of times in just a few days.

Since the post on Twitter, he said he has gotten some calls that seem promising. He has done a roof job and helped someone move, but he is looking for something more stable.