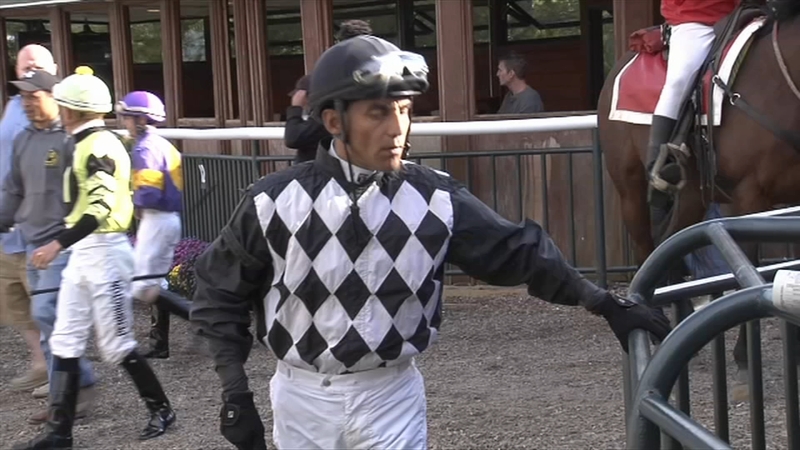 BENSALEM, Pa. (WPVI) -- A renowned jockey who was among the best in Pennsylvania history died Thursday of injuries suffered in a racing accident.

Parx Racing announced the death of Jose Flores, 56, who was racing Monday at the suburban Philadelphia track when his horse went down and Flores was thrown off. The jockey hit the ground head first and suffered a massive trauma.

It was during the ninth of 10 races on Monday. Jose Flores saddled up on the same horse, for the very same race he has won three weeks earlier, not knowing this time he would never make it around the Parx race track.

"I was in the grandstand watching the race and I saw the spill," said Ned Allard, trainer. "It's just hard to believe. Most riders that get injured have broken bones, not a death certificate."

The horse had broken its shoulder. Flores, a champion rider, was on life support for three days before he passed.

He was removed from life support Thursday afternoon.

Flores won 4,650 races in a career that spanned more than three decades. He was the top career earner at Parx, formerly known as Philadelphia Park.

Parx called Flores an "outstanding jockey" and expressed condolences to his family.

The Jockeys' Guild said Flores is the 157th jockey to die in a racing accident in unofficial records going back to 1940. The group said that before Flores, it had no record of a jockey ever being killed in an accident at a Pennsylvania track.

There will be a tribute for Flores when live racing returns to Parx on Saturday.

Funeral services will be held Tuesday.