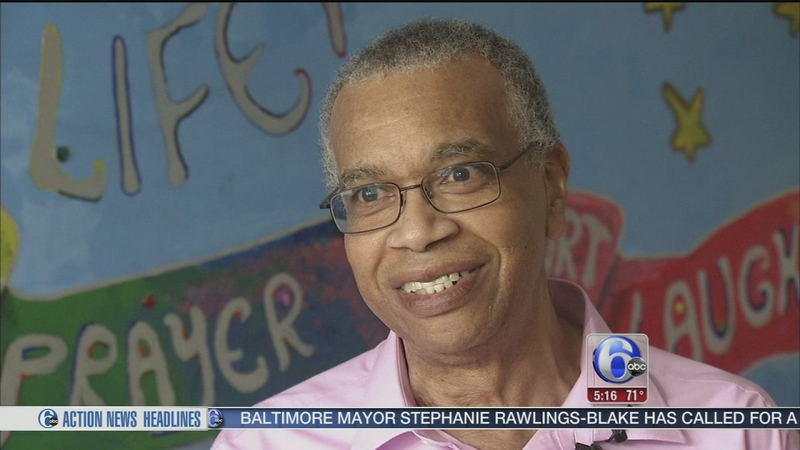 65-year-old Mike Law joined a very exclusive club today. he went home from the hospital with an artificial heart.

"It was like it almost didn't happen till I saw the tubes," said Law as he prepared to leave the Hospital of the University of Pennsylvania.

Law says the air-powered pump beating in his chest doesn't feel different from the heart he was born with - but after a decade battling heart failure, he's thankful for it.

He says his trouble began with a seemingly minor dental problem.

"In 2003, I had an infection on my gum, and i neglected it, and that infection, spread through the body," he recalls.

In March, he was so sick, doctors at the University of Pennsylvania gave him an artificial heart to replace the pumping chambers of his own.

In the hospital, the heart was powered by a 400-pound machine nicknamed "Big Blue."

But now, it runs on a small battery-powered pack.

Law's wife and daughter will keep that going.

Dr. Pavan Atluri says, "It's pretty cool. If you think back 3 decades, this was all a dream."

Even law's surgeon is amazed by the artificial heart which will help his patient get healthier as he awaits a human heart transplant.

He says the devices have already helped many, young & old.

"And this technology is still very new," he says.

As he left for home, Law said he's anxious to get back to some favorite activities.

"I want to get back to drumming at church, i play, i play in 2 other jazz groups, and i fly remote-control airplanes."

Last November, Joseph Beinlich, a patient at Temple University Hospital was the first in the area to go home with the portable power pack.