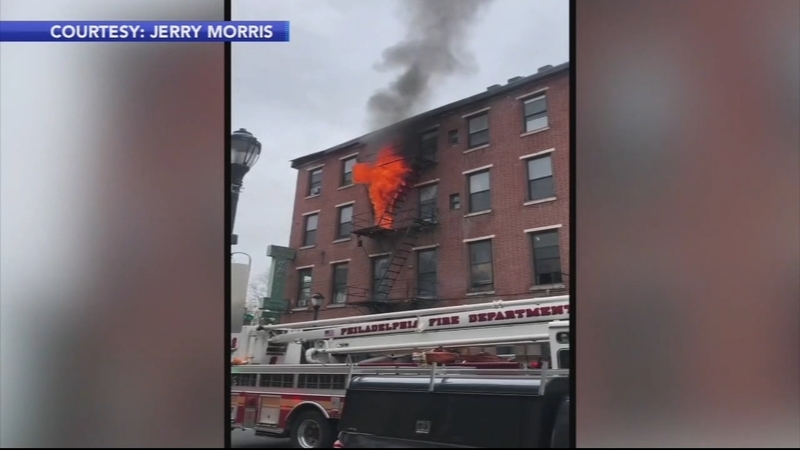 PHILADELPHIA (WPVI) -- A fire at an old City Philadelphia hotel is now the focal point of an arson investigation, according to officials.

According to officials, the fire began on the third floor of the Society Hill Hotel at 3rd and Chestnut streets at about 9:30 a.m.

In a video taken by an Action News viewer, flames can be seen shooting out of a third-story window, and Chopper 6 video showed firefighters on the roof of the building.

Philadelphia police told Action News they have someone in custody, but that he's not formally charged.

Traffic on Chestnut Street was closed between 3rd and 4th streets following the fire.

Officials said the building was occupied at the time of the blaze.

No one was injured in the fire.
Report a correction or typo
Related topics:
philadelphiahotelfirefirefighters
Copyright © 2021 WPVI-TV. All Rights Reserved.
More Videos
From CNN Newsource affiliates
TOP STORIES