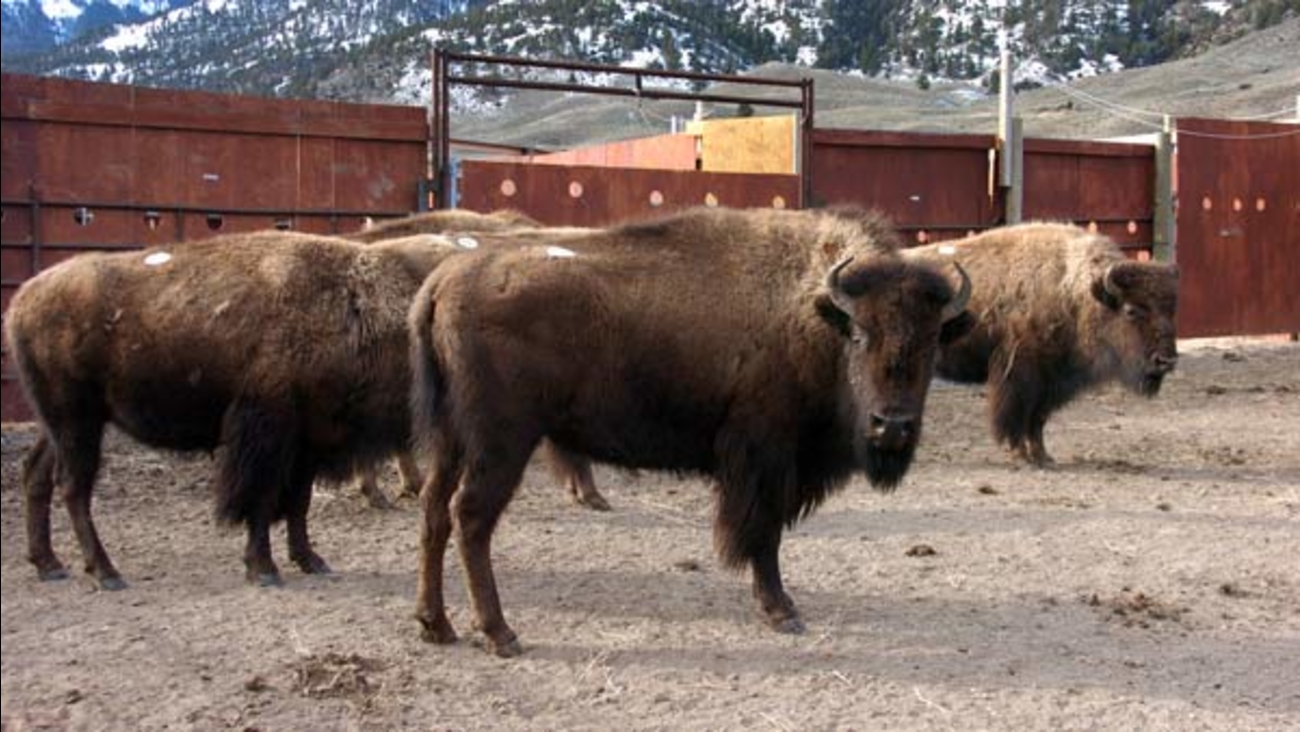 A group of Yellowstone National Park bison await shipment to slaughter inside a holding pen along the park's northern border near Gardiner, Mont. on March 9, 2016. (AP Photo/Matthew Brown)

WASHINGTON -- Make room, bald eagle. The House has voted to designate the bison the national mammal of the United States.

The move seeks to elevate the bison's stature to that of the bald eagle, long the nation's official bird. There has not been an official mammal of the United States.

Prior to approving the measure by voice vote Tuesday, House members spoke of the significance to the nation's history of the bison, also known as buffalo. The animals were central to many Native American cultures and were on the verge of extinction before revival efforts established herds on national refuges and parks.

The measure passed by the House must go to the Senate for final passage, expected later this week, before it can go to the president's desk.