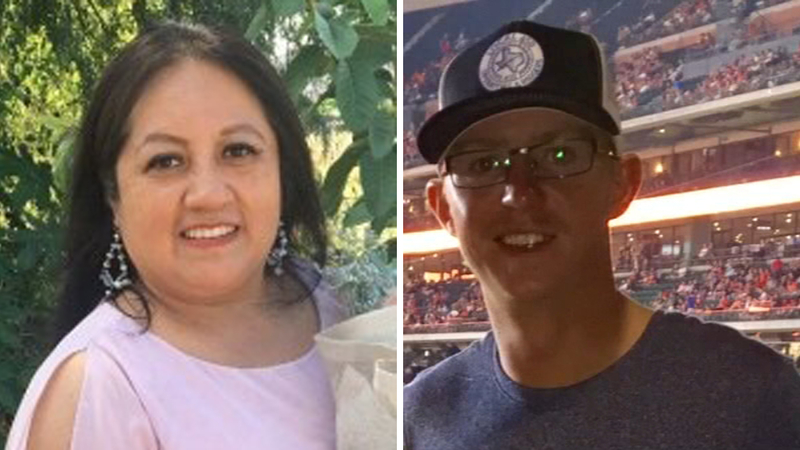 Woman died as she tried to rescue Astros fan from crash

DAYTON, Texas -- A good Samaritan rushing to the aid of a Houston Astros fan who crashed on his way home after watching the team clinch the American League Championship Series was killed after being struck by a passing vehicle.

The news of the death of 24-year-old newlywed Luke Whitworth after a single vehicle crash in Dayton, Texas has gained national attention.

Whitworth was returning home late Saturday night after seeing the Astros win Game 6 of the ALCS.

He had just purchased a ticket to Game 2 of the World Series.

His family said Whitworth lost control of his truck and crashed into a tree.

According to authorities, after Whitworth crashed, a husband and wife were on their way home when they drove by the crash scene.

Investigators said Eleazar Limon and her husband made a U-turn on the road and parked on the easement by the wreckage.

The 46-year-old wife and mother was standing outside the vehicle when a second truck veered and hit her. She died from her injuries.

Eleazar is described as a humble person who always helped others. She was very involved with her faith community at St. Joseph the Worker Catholic Church in Dayton.

"Always smiling. She was a caring spirit," her priest said. "She was really a wonderful person."

"I know she was an angel," said friend Leora Boullion. "There's no doubt in my mind that she went straight to heaven."

The driver and passenger in the truck were hospitalized and later released. Eleazar's husband was not injured.