New thriller 'No Exit' has you enter a world filled with twists, turns, shocks, surprises 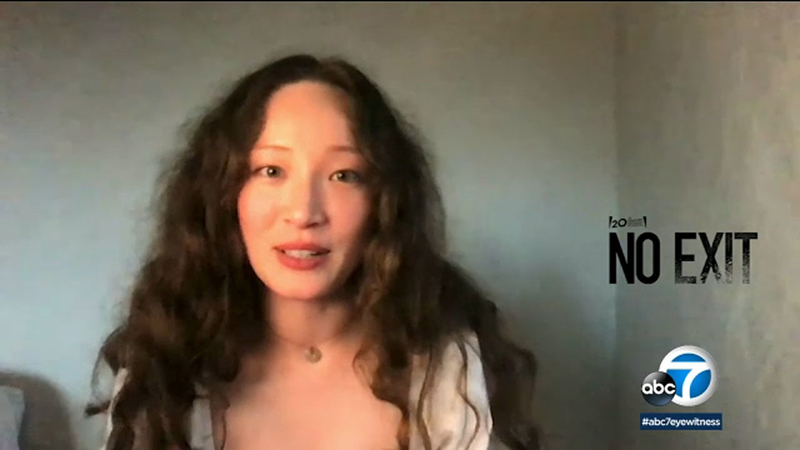 Bad weather turns into bad news in the new thriller "No Exit."

In the film, a young woman breaks out of rehab in an attempt to get to her critically ill mother. But a blizzard sends her to a shelter instead until the storm passes.

And inside this safe haven is where the real danger lies.

"I remember the first time I read the novel just being a little bit gobsmacked by one of them that I just did not see coming because usually you think you can see it," said director Damien Power.

"I think that's part of what drew me to the film, too. It's so twisty and turny. I was on the edge of my seat the whole time. You really think you have it and then it just runs away from you again!" said Liu.

The kidnapping of a little girl sets this movie in motion: Who did it - and why?

"As a genre - they're not stories about people who go on a journey and change and grow. They're more about how true characters are revealed under intense pressure," said Power.

Liu says she got bruised - a lot - during filming. But growing up a dancer, she says bruises are no big deal.

"I'm used to throwing myself on the hard ground and rolling. And I think that a lot of the physicality of this character, I felt like the right person to play the part for those reasons a lot because I felt very capable of putting my body in circumstances that might feel dangerous or difficult. I honestly really enjoyed the stunt aspect of this film," said Liu.

"No Exit" takes place in the dead of winter. But it's all movie magic.

"In truth, we were shooting on a soundstage in Auckland, New Zealand in summer!" said Power.