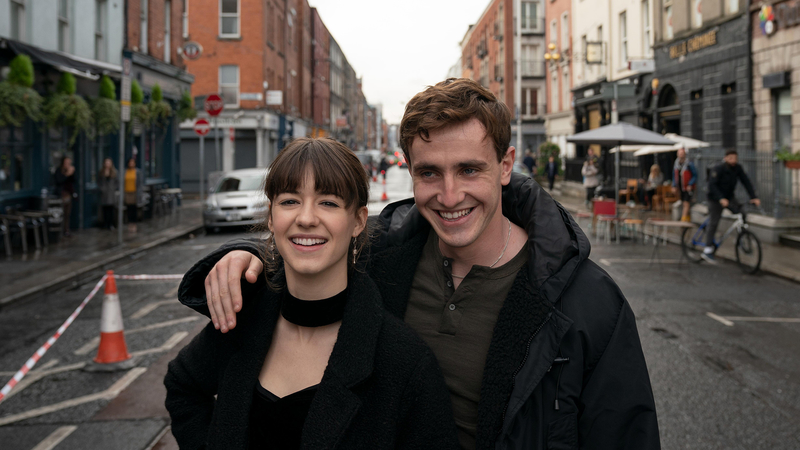 Hulu is releasing their new moody romantic drama, "Normal People," based off Sally Rooney's 2018 bestseller of the same name. Daisy Edgar-Jones and Paul Mescal play the two leading characters, though they didn't expect to be launching their show in the middle of a pandemic.

"It is a bit odd...while this is all happening, to also be talking about 'Normal People' because it feels like a different world that we made the show [in]," Edgar-Jones, who is self-isolating in London, said.

Mescal makes his television debut in the new Hulu series, but never envisioned his first press tour going like this: "Everything this year has definitely felt like jumping in at the deep end and learning how to swim very quickly."

However, this period of self-isolation seems like the perfect time to binge Hulu's intimate new show. The series follows Marianne (Edgar-Jones) and Connell (Mescal) as they fall in and out of love, from their high school days to their time at Trinity College in Dublin. But like any coming-of-age series, "Normal People" explores the tribulations of a relationship as the characters develop throughout their young adulthood.

"[Connell] struggles with his identity in the world, as I think a lot of people do, and sometimes that can get in the way of articulating how you feel about a relationship," Mescal explained about his character.

Edgar-Jones said her character also struggles with her own insecurities at the beginning of the series: "She feels she is unworthy of love and I think it's through her relationship with Connell, and also through growing up, that she comes to terms with the fact that she deserves kindness."

The actors are proud of the show's realism and its honest portrayal of their characters' relationship. While Rooney dedicated a large portion of her novel to the intimacy between her characters, fans can look forward to those steamier scenes being artfully translated to the screen with this adaptation.

Mescal describes "Normal People" as "authentic, sexy and complicated," while Edgar-Jones compares the show to the likes of 2010 film "Blue Valentine."