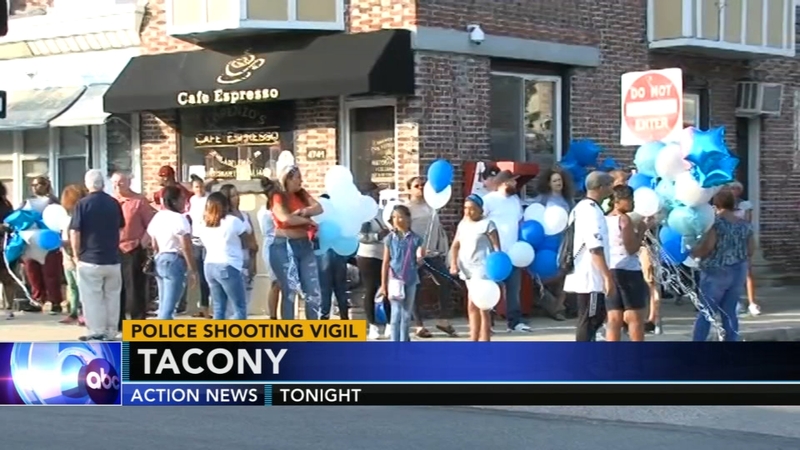 PHILADELPHIA (WPVI) -- Hundreds of mourners gathered Wednesday night in memory of the man Philadelphia police shot and killed on Monday.

They held a vigil for 36-year-old Jeffrey Dennis at the scene of the deadly showdown at Hegerman Street and Princeton Avenue in Tacony.

An undercover drug unit was trying to serve a warrant on Dennis when they say he drove his car at officers in an attempt to flee.

Three officers were hurt, and another opened fire, killing Dennis.

Commissioner Richard Ross says investigators are scrutinizing surveillance video that shows the confrontation to see if the shooting was justified.

Philadelphia Mayor Jim Kenney released a statement on that shooting, saying in part:

"My prayers are with the family and friends of Jeffrey Dennis. It is always tragic to lose someone you love... The public should be assured that the Officer Involved Shooting Investigation Unit is conducting a full investigation for the sake of Mr. Dennis, his family, the officers, and for Philadelphia."