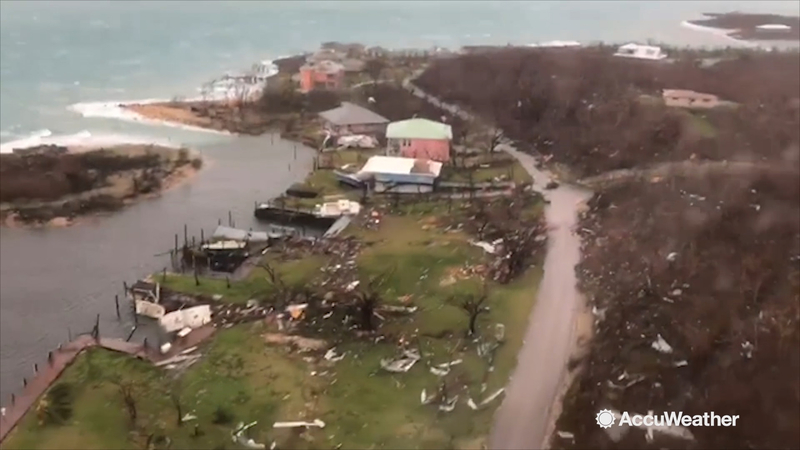 The footage showed badly damaged buildings, smaller structures reduced to piles of rubble and badly wind-damaged trees. Across the Bahamas, at least five deaths had been reported as of Tuesday afternoon.

Practically parking over the Bahamas for a day and a half, Dorian continued to pound away at the islands Tuesday in a watery onslaught that devastated thousands of homes, trapped people in attics and crippled hospitals. At least five deaths were reported, with the full extent of the damage far from clear.

The United Nations and the International Red Cross began mobilizing to deal with the unfolding humanitarian crisis in the wake of the most powerful hurricane on record ever to hit the Bahamas.

Dorian's punishing winds and torrential rain battered the islands of Abaco and Grand Bahama, which have a combined population of about 70,000 and are known for their marinas, golf courses and all-inclusive resorts. The Grand Bahama airport was under 6 feet (2 meters) of water.

Video from Grand Bahama island shows residents wading through knee-deep water on Sept. 2 as the eye of Hurricane Dorian passed over the area.