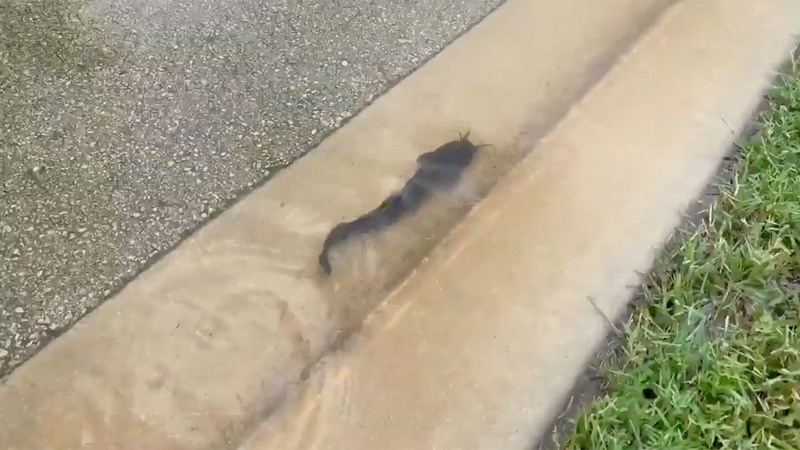 Sierra Autumn Moon Tucker of Boynton Beach, Florida, tweeted a video Tuesday showing a catfish swimming in floodwaters near her Palm Beach County home. Tucker said she was walking her dog when she "noticed that the pond next to our apartment was flooded and so was the road."

She went to get a closer look and spotted the fish swimming in several inches of water that had pooled in the gutter.

Hurricane Dorian hasn’t even hit yet and there’s already fish in the street... #HurricaneDorian2019 pic.twitter.com/w1ZWUf9Tqa

The U.S. National Hurricane Center said the Category 2 storm was centered at about 5 p.m. EDT Tuesday about 105 miles east of Vero Beach, Florida. Top sustained winds were at 110 mph and Dorian was moving to the northwest at 6 mph.

Forecasters said Dorian is expected to move dangerously close to the coast of Florida and Georgia from Tuesday night through Wednesday night before menacing the coast of the Carolinas Thursday and Friday.

The hurricane center adjusted its forecast tracks closer to the coasts of South and North Carolina, noting "a track that close to the coast, even if landfall does not occur, is likely to bring dangerous winds, life-threatening storm surge, and flooding rains across the eastern portions of the Carolinas."