Hurricane Iota made landfall Monday evening as a Category 4 storm along the northeastern coast of Nicaragua.

Throughout Monday, Hurricane Iota rapidly strengthened into a Category 5 storm before landfall as a Category 4.

As of the 11 p.m. update, the U.S. National Hurricane Center said the storm had maximum sustained winds of 155 mph and is moving westward at 9 mph.

Authorities warned that Iota would probably come ashore over areas where Eta's torrential rains saturated the soil, leaving it prone to new landslides and floods, and that the storm surge could reach a shocking 15 to 20 feet above normal tides.

That storm surge was on the mind of Yasmina Wriedt on Monday in Bilwi's El Muelle neighborhood, sitting tight against the sea.

"The situation doesn't look good at all," Wriedt said. "We woke up without electricity, with rain and the surf is getting really high."

Wriedt, who works for a small-scale fishing organization called Piquinera, said that the roof of her house was blown off in Eta less than two weeks ago. "We repaired it as best we could, now I think the wind will take it again because they say (Iota) is even stronger," Wriedt said, the sound of hammering echoing around her as neighbors boarded windows and reinforced roofs.

During Eta the surf came up to just behind her house, where she lives with eight other members of her family. "Today I'm afraid again about losing my house and I'm frightened for all of us who live in this neighborhood."

Wriedt said some neighbors went to stay with relatives elsewhere, but most have stayed. "We're almost all here," she said. "Neither the army nor the government came to move us."

In Wawa Bar, Jarquin said he found "total destruction." People had been working furiously to put roofs back over their families' heads, but now Iota threatened to take what was left.

"The little that remained standing could be razed," Jarquin said. There were other communities farther inland that he was not even able to reach due to the condition of roads. He said he heard that Wawa bar was evacuated again Saturday.

Evacuations were being conducted from low-lying areas in Nicaragua and Honduras near their shared border through the weekend.

Nicaraguan Vice President Rosario Murillo, who is also the first lady, said Monday the government had done everything necessary to protect lives, including the evacuation of thousands. She added that Taiwan had donated 800 tons of rice to help those affected by the storms.

Limborth Bucardo, of the Miskito Indigenous ethnic group, said many people had moved to churches in Bilwi. He rode out Eta with his wife and two children at home, but this time decided to move in with relatives in a safer neighborhood.

"We hadn't finished repairing our houses and settling in when another hurricane comes," Bucardo said. "The shelters in Bilwi are already full, packed with people from (surrounding) communities."

Iota is the record 30th named storm of this year's extraordinarily busy Atlantic hurricane season. It's also the ninth storm to rapidly intensify this season, a dangerous phenomenon that is happening increasingly more often. Such activity has focused attention on climate change, which scientists say is causing wetter, stronger and more destructive storms.

Iota is stronger, based on central pressure, than 2005s Hurricane Katrina and is the first storm with a Greek alphabet name to hit Category 5, Colorado State University hurricane researcher Phil Klotzbach said. It also sets the record for the latest Category 5 hurricane on record, beating the record set by the Nov. 8, 1932, Cuba Hurricane.

Eta had hit Nicaragua as a Category 4 hurricane, killing more than 130 people as torrential rains caused flash floods and mudslides in parts of Central America and Mexico. Then it meandered across Cuba, the Florida Keys and around the Gulf of Mexico before slogging ashore again near Cedar Key, Florida, and dashing across Florida and the Carolinas.

Iota was forecast to drop 10 to 20 inches of rain in northern Nicaragua, Honduras, Guatemala and southern Belize, with as much as 30 inches (750 millimeters) in isolated spots. Costa Rica and Panama could also experience heavy rain and possible flooding, the hurricane center said.

The prospect of more rain was raising the anxiety of those still homeless after Eta.

On Monday, Carmen Isabel Rodríguez Ortez, 48, was still living inside a government shelter with more than 250 people in La Lima, Honduras, just outside San Pedro Sula. Devastated by Eta's destruction, she quickly broke into sobs as she contemplated the torrential rains of another storm.

"We're living a real nightmare," Rodríguez said. The Chamelecon river flooded her Reformada neighborhood as Eta passed, submerging their homes. "Now they announce more rain and we don't know what's going to happen, because our homes are completely flooded."

Eta was this year's 28th named storm, tying the 2005 record. Remnants of Theta, the 29th, dissipated Sunday in the eastern Atlantic Ocean.

Over the past couple of decades, meteorologists have been more worried about storms like Iota that power up much faster than normal. They created an official threshold for this rapid intensification -- a storm gaining 35 mph (56 kph) in wind speed in just 24 hours. Iota doubled it.

The official end of the hurricane season is Nov. 30. 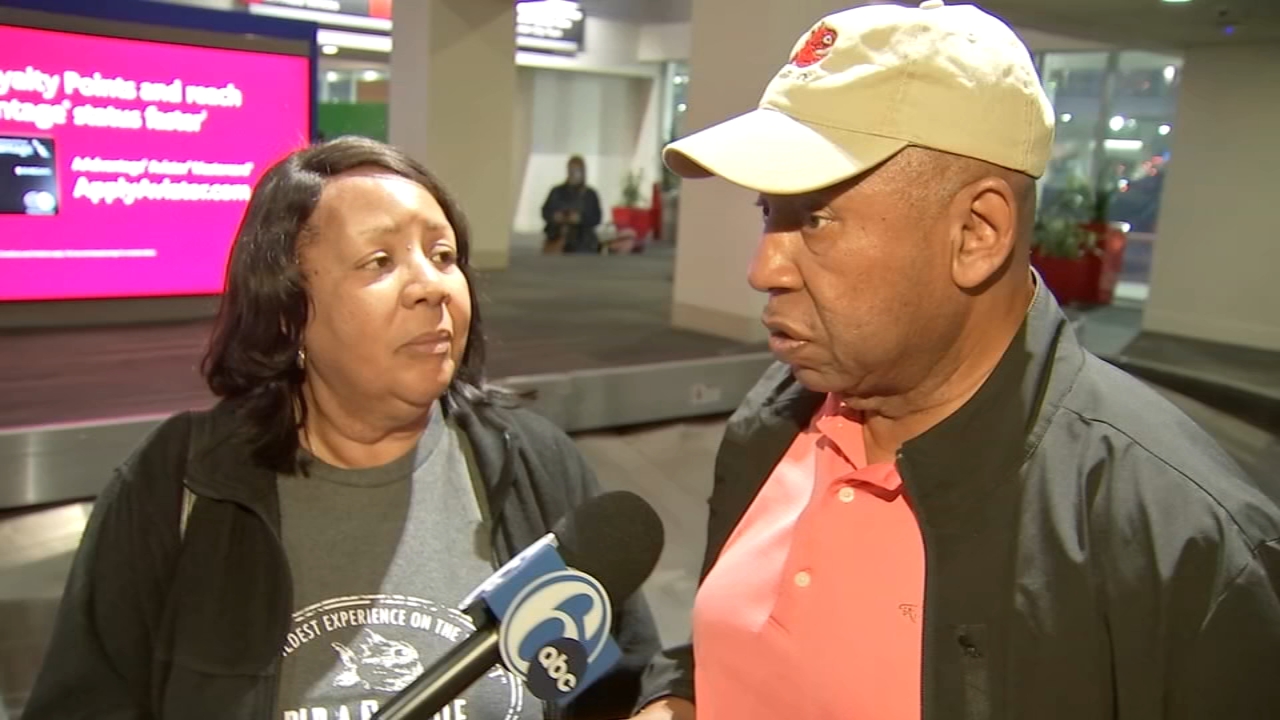 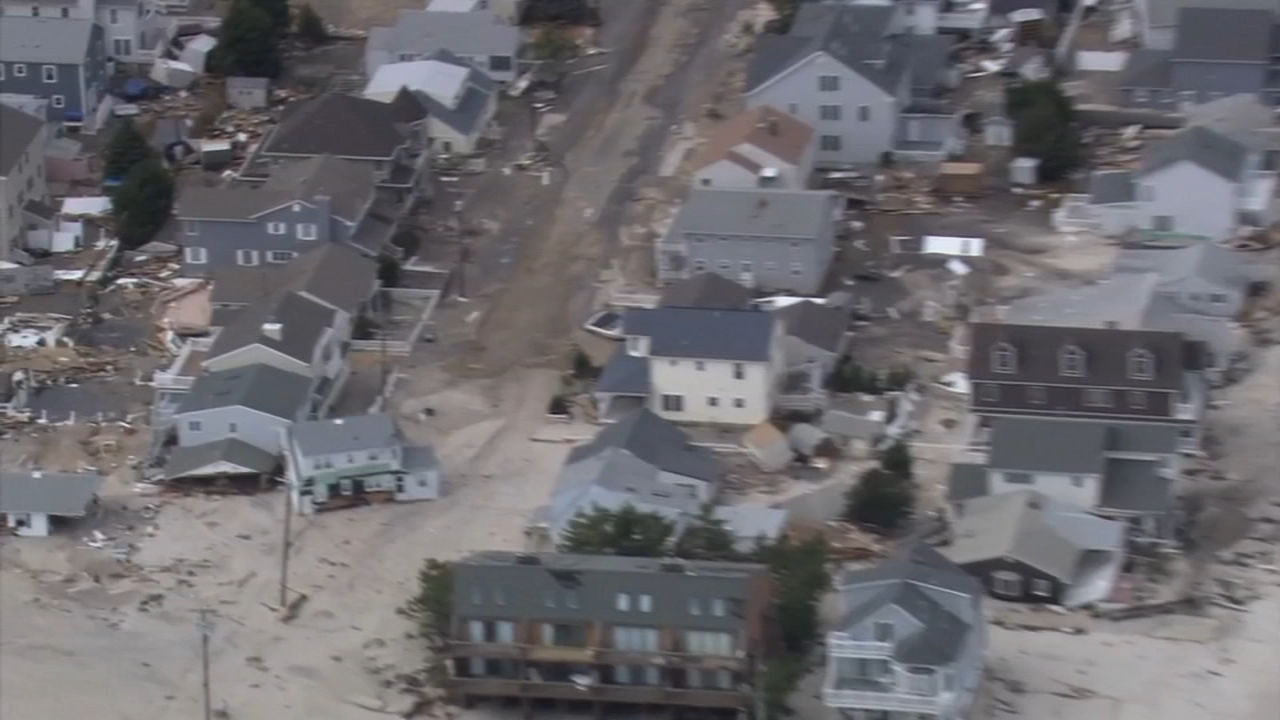