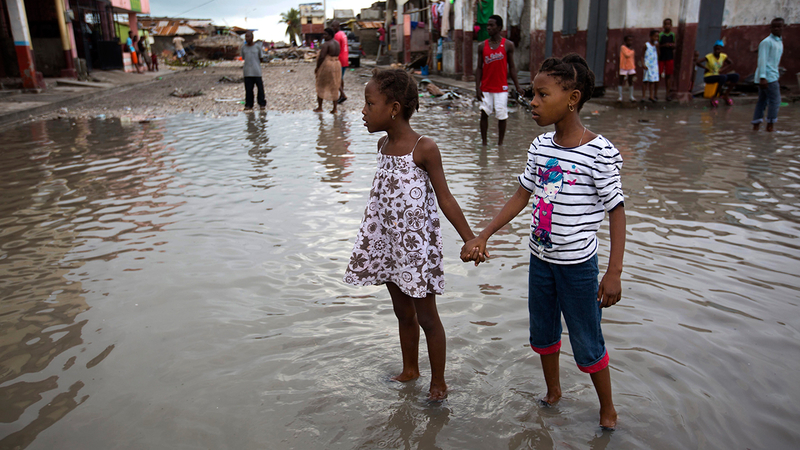 FELTONVILLE (WPVI) -- Hurricane Matthew has devastated Haiti where the recovery still continues in the wake of a powerful earthquake six years ago.

At this point, it's unclear what the total amount of damage and loss of life.

The storm ripped apart the major cities in the Southwest and Northern regions.

She fears more grim news from them.

"A lot of people aren't able to contact anyone because there is no electricity in those areas," said Jean-Louis.

"You talk about people who had very few items and felt those things were important for them to protect, thinking maybe it's just a simple rainstorm that was going to pass through," said Jean-Louis.

She adds thousands of Haitians simply had no means to prepare.

A friend of Jean-Louis told her a horrific story from one of the towns.

"He heard a story of a parent was holding the hands of a 5-year-old. The wind came and took the child away, and they don't know when they're going to find that body," said Jean-Louis.

The effects of the storm are said to be long-lasting.

The Southwest and Northern regions are big-time agricultural hubs that are now ruined.

"We imagine that already prices for food have gone up in the entire nation because we're talking about the effects of sea water in the farms lands," said Jean-Louis.

The death toll sits around 900 victims now, and Jean-Louis is almost certain that's likely going to go up.

"We don't know how many people took the warning seriously or were aware of it to get out of harms way," said Jean-Louis.

Now local Haitian leaders are going to meet here on Saturday, Oct. 14, at 4 p.m. at the Ebanizer Haitian Baptist Church.

Everyone wanting to help in Haiti is encouraged to come.