1 dead, 2 injured, including 5-year-old child after violent crash on southbound I-95 in Delaware 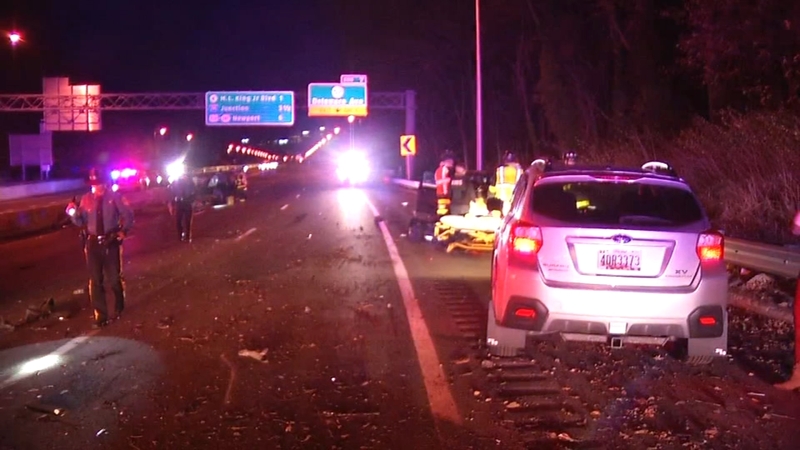 WILMINGTON, Delaware (WPVI) -- A woman was killed and a child and another driver were injured in a serious crash between a car and an SUV that closed down a portion of I-95 south in Delaware for some time late Tuesday into Wednesday morning.

The incident occurred around 11:45 p.m. on I-95 southbound near Route 202 and the Brandywine River Bridge in Wilmington.

According to police, as the Mercury was passing the Honda, the driver of the Mercury, Melonie McGee, 34, clipped the front left side of the Honda.

Following this initial collision, the Mercury struck a guard rail ejecting the driver and sending the SUV tumbling. Police said when the SUV overturned a 5-year-old boy was thrown from the car.

According to investigators, the Honda also struck a guardrail before coming to a stop.

The 5-year-old passenger in the Mercury was also not restrained and he was transported to the Nemours A.I. DuPont Hospital for Children in critical condition, police said.

The driver of the Honda was transported to St. Francis Hospital with minor injuries. Investigators said neither speed nor impairment is deemed as contributing factors on his behalf.

Southbound I-95 was closed for approximately five hours while the scene was investigated and cleared.