Dashcam captures wrong way driver before fatal crash on I-95 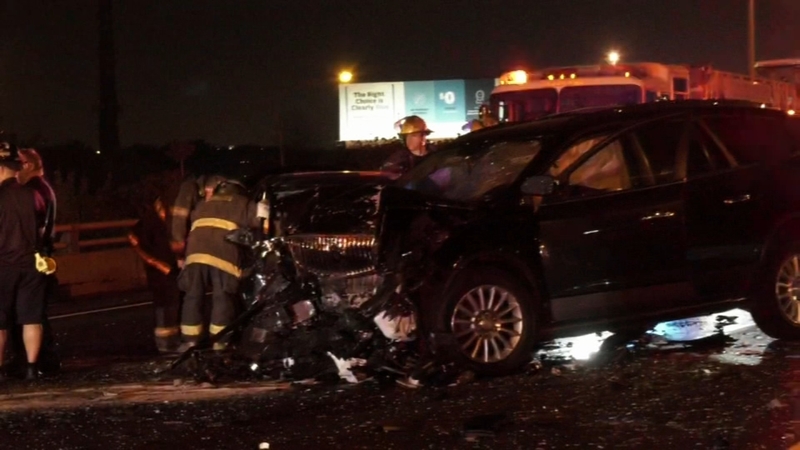 Dashcam captures wrong way driver before fatal crash on I-95

PHILADELPHIA (WPVI) -- One person was killed and another injured in a wrong way crash on I-95 in Philadelphia overnight.

Action News photojournalist Bill Trenwith was on I-95 around 2:30 a.m. Saturday, and just happened to have his dashcam rolling, when the driver blew past him going south in the northbound lanes.

Police say moments later that wrong way driver, a 26-year-old man from Philadelphia was killed when their vehicle collided head-on with another vehicle near Aramingo Avenue in the city's Port Richmond neighborhood.

Watch the full dashcam video of wrong way driver on I-95 moments before fatal crash.

The force of the crash sent his vehicle into another lane causing a fourth crash.

The 26-year-old man was declared dead at the scene.