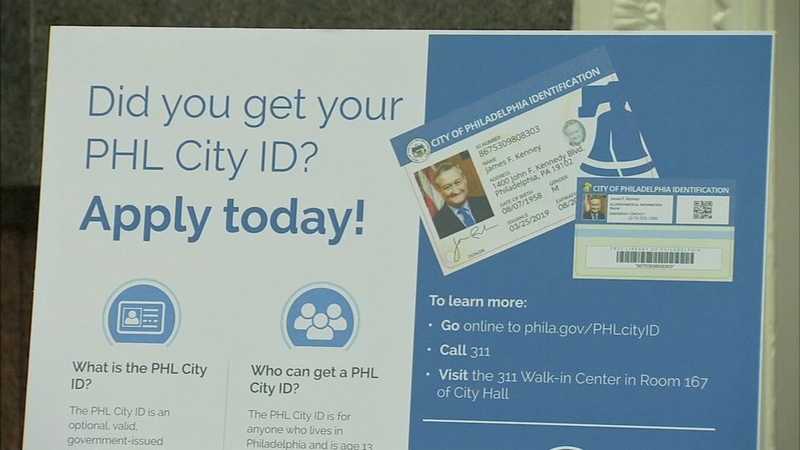 The city plans to issue the cards for people who don't have other forms of identification, such as driver's licenses.

"This has been the first official form of identification I've ever been able to receive," said Lloyd Bailey, a cardholder.

It's a small piece of plastic but for Bailey and thousands of others in Philadelphia it gives them access to places and experiences they've never had before. Bailey, who was born in Jamaica, waited more than two decades for something like this.

"Over the years, it's these constant small indignities," said Bailey. "I turned 18 back in 2007 and I've not been able to enter adult spaces without someone turning the other way."

Anyone who is age 13 or older can get a PHL City ID. the card will display the cardholder's name, address, date of birth and self-identified gender.

The cards will be available in multiple languages and can be used as an ID within the city and to access city buildings, city recreation centers and for other situations requiring identification.

The launch follows other major cities like Chicago, New York City and Newark, New Jersey that have similar programs.

"This is one way of us facilitating their own access to their government," said Maria Quiñones-Sánchez, City Council Member. "The fact that you need an ID to come into your city hall is important."

A number of city organizations and businesses have become partners offering discounts and specials to encourage cardholders to visit venues they weren't able to visit before. However, one of the top priorities now is to get banks on board.

"It feels good. I'm extremely proud to be a resident of Philadelphia today," said Bailey.

The ID cards can be obtained at City Hall. In order to get your PHL City ID, you need to first make an appointment.

You will need to provide documentation verifying your identity and proving your residency within the city.

The cards range in cost, from $5 to $10, depending upon the age of the person applying. It is free for everyone 65 and older.

The City of Philadelphia website has more information on PHL City ID, including what documents you will need to bring and how to make an appointment.

Five hundred cards were issued even before Thursday's official launch.