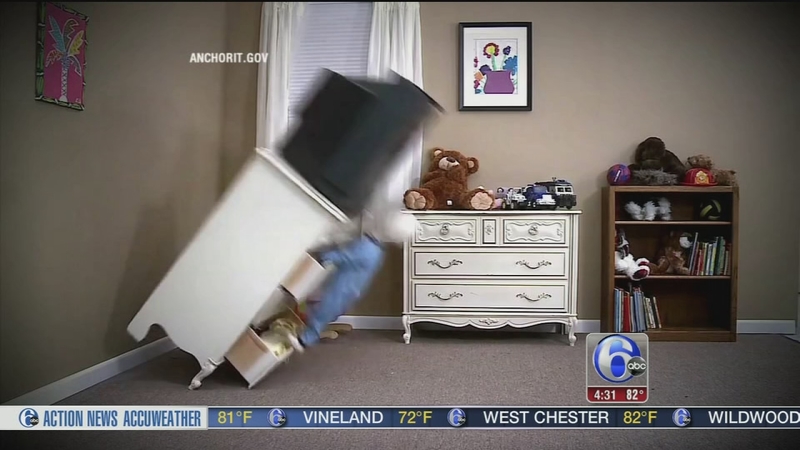 PHILADELPHIA (WPVI) -- Ikea is recalling 29 million chests and dressers after six children were killed when the furniture toppled over and fell on them. 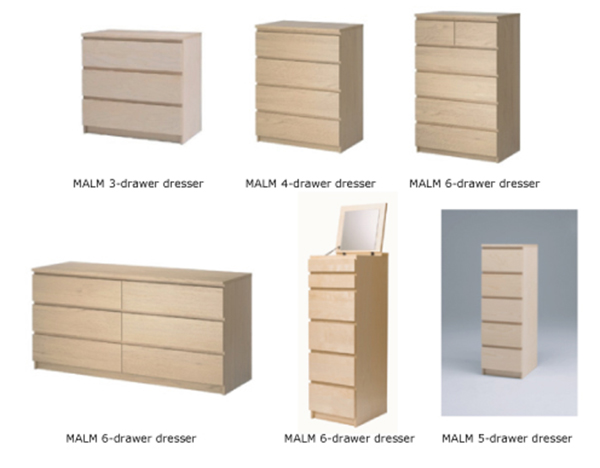 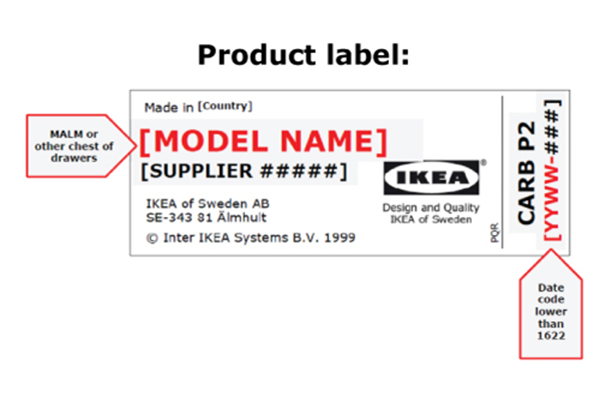 The U.S. Consumer Product Safety Commission says that at least six children, all of whom were 3 years old or younger, were killed when an Ikea chest or dresser fell on them.

One of the victims was a 2-year-old West Chester boy, Curren Collas.

He died in 2014 after an Ikea MALM 6 chest drawer tipped over and pinned him against his bed.

"I couldn't tell if there was a heartbeat, you know I was so afraid," Jaquelyn Collas recalled to ABC News Monday.

Despite her attempt at CPR, the toddler was pronounced dead a few hours later, she said.

Collas is suing Ikea, claiming the company failed to warn consumers that the "front-heavy" dressers were potentially dangerous, according to the amended complaint, filed in May 2015.

"I didn't know to anchor my furniture and, in my mind, I feel that we really shouldn't have to," Collas told ABC News. "Get rid of it, it's dangerous, it's a really dangerous product."

In 2015, the Consumer Product Safety Commission announced the recall of the MALM chests, but customers at that time were asked to install a wall anchoring repair kit, and were told not to return the drawers.

Action News checked, and as of Monday night the MALM chests had been removed from in-store displays and from the Plymouth Township location's self-serve furniture warehouse. 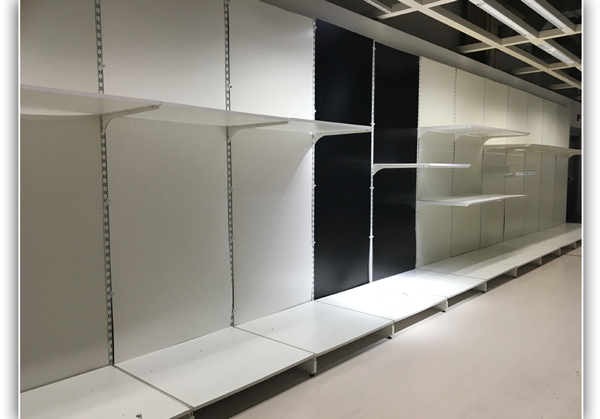 Notices were posted on other models, warning the furniture should be secured to the wall. 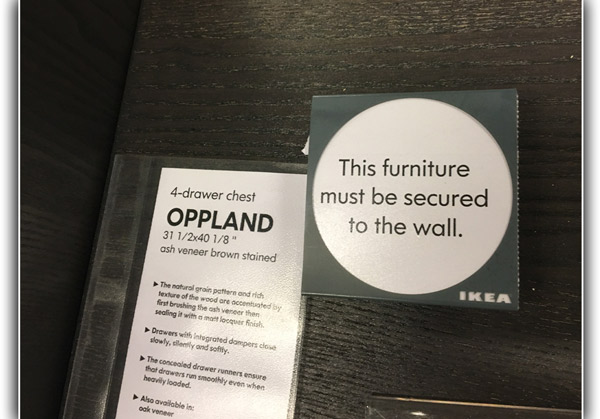 The company says that all chests and dressers should be attached to a wall to prevent them from toppling over.

Ikea says anyone who owns a chest or dresser that is not mounted to a wall should remove them out of reach from children.

The company is offering free kits to attach the chests and dressers to a wall. Customers can also ask Ikea for a refund.

Call IKEA toll-free at 866-856-4532 anytime or online at www.IKEA-USA.com/recallchestsanddressers or www.IKEA-USA.com and click on Product Recall for more information on how to receive a refund or free wall-anchoring repair kit.

Moving forward, the manufacturer says it plans to work with the Consumer Product Safety Commission on tip-over protection and innovations to enhance product safety of all of their drawers and dressers.