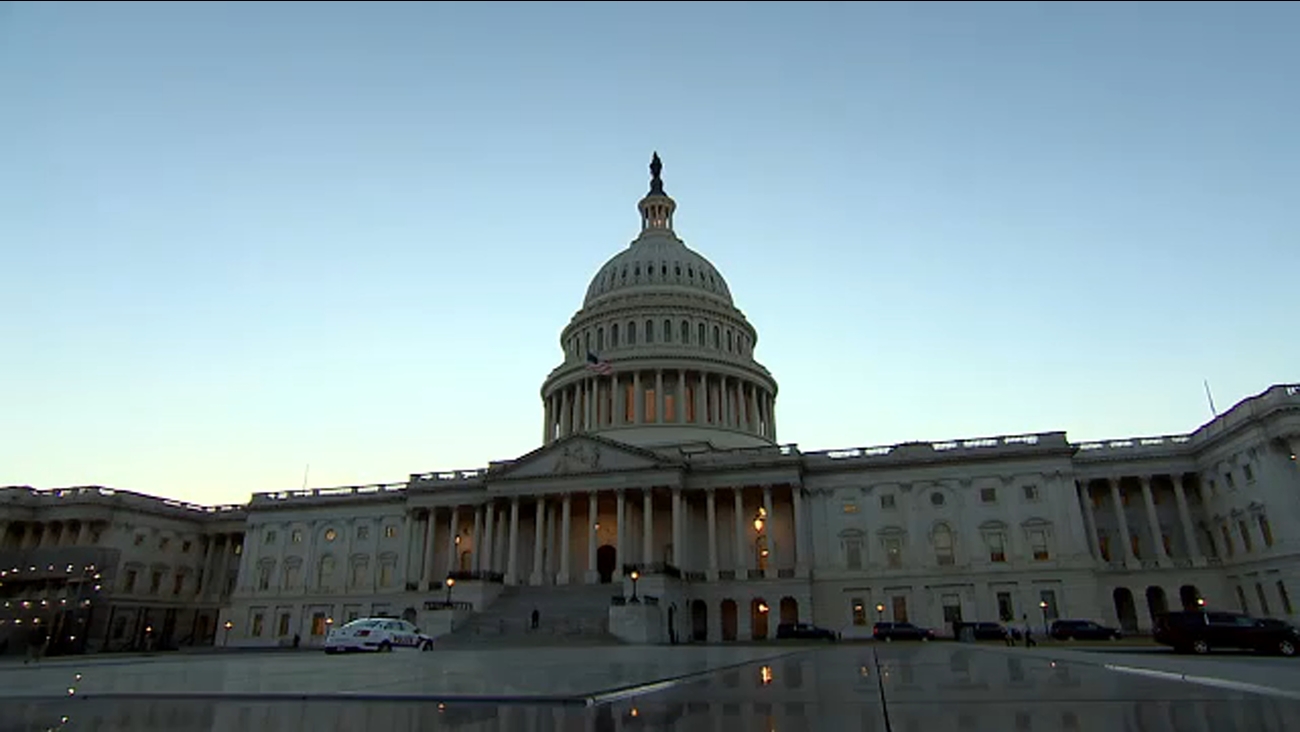 WASHINGTON -- House Democrats are moving one step closer to impeaching President Donald Trump on Tuesday, shifting the intense partisan debate to the House rule-setting committee, which will guide the action ahead of Wednesday's expected House floor vote.

House Judiciary Chairman Jerry Nadler did not appear at the House Rules Committee meeting due to a family medical emergency, House Rules Chairman Jim McGovern said Tuesday. A committee aide said that Nadler was expected back for floor debate on impeachment Wednesday.

In Nadler's place, Rep. Jamie Raskin, a Maryland Democrat on the Judiciary and Rules panels, presented the Democrats' case for impeaching the President.

"We present you not just with high crimes and misdemeanors, but a constitutional crime in progress, up to this very minute," Raskin said.

Rep. Doug Collins of Georgia, the top Republican on the Judiciary Committee, denounced the Democratic articles of impeachment as an attempt to make Trump's impeachment like Presidents Bill Clinton and Richard Nixon, saying Democrats have "failed so miserably."

"The one thing they couldn't do was find a crime," Collins said. "There's a lot of discussion about crimes, but they couldn't find it in themselves to charge one."

The rules panel met Tuesday morning ahead of what's expected to be a lengthy and contentious debate in the panel's confined hearing room, where committee members will question the Judiciary Committee leaders about impeachment. Raskin and Collins will take questions from Rules Committee members, and both will likely be pressed by lawmakers in the other party about the impeachment process.

Democrats have introduced two articles of impeachment against the President, charging him with abuse of power for pressuring Ukraine to investigate his political rivals while withholding a White House meeting and US security aid, and obstruction of Congress for directing his administration to flout subpoenas from the impeachment inquiry.

The Rules Committee, where Democrats have a 9-4 advantage, will set the parameters for the debate on impeachment on the floor, where the House is expected to vote on each article of impeachment against Trump on Wednesday.

McGovern, a Massachusetts Democrat, said he expected plenty of debate in Tuesday's hearing.

"No one should be allowed to use the powers of the presidency to undermine our elections or cheat in a campaign. No matter who it is. And no matter their party," McGovern said. "Today we'll put a process in place to consider these articles on the House Floor. And when I cast my vote in favor, my conscience will be clear."

Rep. Tom Cole of Oklahoma, the top Republican on the Rules panel, responded that the impeachment inquiry was "flawed and partisan from day one."

"So, I guess it should come as no surprise that the Democrats' preordained outcome is also flawed and partisan," he said.

Any House member can also come to the committee to speak on the impeachment resolution. As a result, it's expected to be a lengthy hearing before the rule for debate is approved.

The House Judiciary Committee released a report early Monday morning explaining the two charges against Trump to help set up the floor debate. The report also included Republicans' dissenting views that argue the President should not be impeached.

There are still a handful moderate Democrats who are undecided on the issue, and Democrats expect a couple may vote with the President.

New Jersey Rep. Jeff Van Drew is planning to switch parties and become a Republican in the wake of the impeachment. And Rep. Collin Peterson, a veteran Minnesota blue dog Democrat, is likely to vote no.

But many of the other Democrats in the 31 congressional districts that Trump won in 2016 announced they would vote to impeach the President ahead of Wednesday's vote, including several more on Tuesday. So far, no other Democrat has announced an opposition to impeachment.

Peterson declined to say how he would vote on Tuesday. "I told you I'm going to wait until I see everything. I haven't seen everything yet," he said.

Asked if it's possible he'd vote for the articles, Peterson said: "No, it has nothing to with impeachment -- I'm against the process."

This story has been updated with additional developments Tuesday.