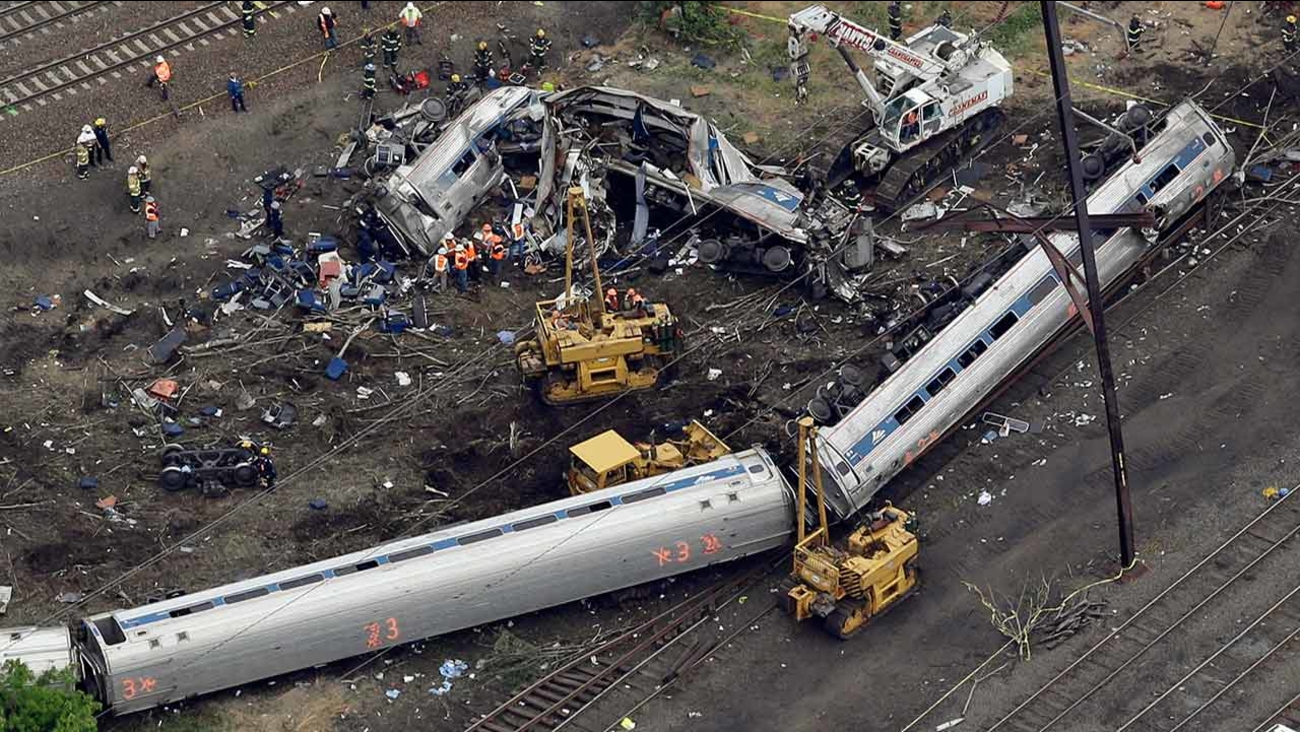 PHILADELPHIA (WPVI) -- A Philadelphia man has been indicted for impersonating a federal officer on multiple occasions including during last spring's deadly Amtrak derailment in Port Richmond.

The indictment alleges that on or around November 17, 2014, Alvaro identified himself as a federal law enforcement officer of the Drug Enforcement Agency (DEA). According to the indictment, Alvaro assisted in detaining a person and searched that person's vehicle.

The indictment alleges Alvaro pretended to be a DEA officer again on February 11, 2015, and attempted to obtain information regarding a homicide investigation.

On May 12, 2015, Alvaro identified himself as a federal law enforcement officer of the Bureau of Alcohol, Tobacco, Firearms and Explosives (ATF) in order to gain access to a secured area of the Amtrak derailment, the indictment alleges.

If convicted, Alvaro faces a maximum possible sentence of 29 years in prison, possible fine, special assessment of $500, and up to three years of supervised release.

The case was investigated by the ATF and is being prosecuted by Assistant United States Attorney Denise S. Wolf.