Man crushed by bale of garbage in Holmesburg section of Philadelphia 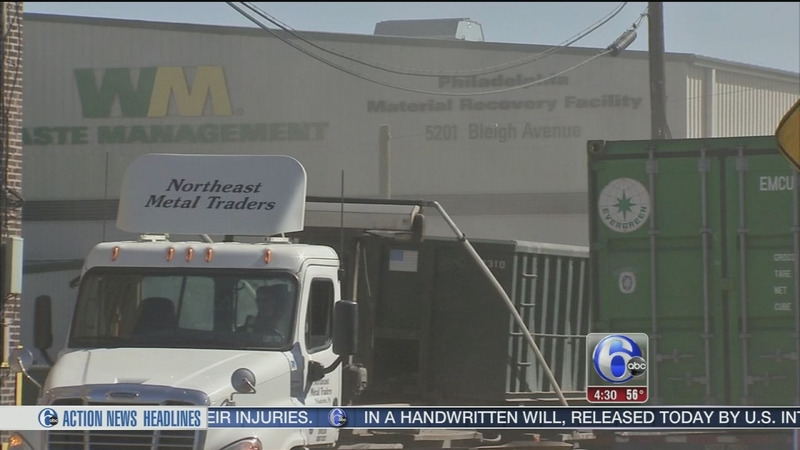 HOLMESBURG (WPVI) -- Police are investigating a deadly industrial accident in the Holmesburg section of Philadelphia.

It happened before 8:30 a.m. Tuesday at the Waste Management facility in the 5200 block of Bleigh Avenue.

Authorities say a worker operating a forklift came into contact with cardboard that caused a cascade or chain reaction that resulted in a one ton bale of stacked densely packed paper to come crashing down, crushing a second forklift operator.

Coworkers tried to revive the 42-year-old, who later died of his injuries.

Both forklift operators worked at Waste Mangement's state of the art material recovery facility on Bleigh Avenue near I-95.

It is a big operation. A noisy, almost nonstop stream of trash trucks haul approximately 20,000 tons of recyclables to the facility every month.

This operation opened 5 years ago to much acclaim. Inside the $20 million plant you'll find an army of workers sorting and then packing cardboard, paper and plastic into heavy bales to ship out for reuse.

Police called Tuesday's incident an industrial accident, and said Federal OSHA investigators were taking over the probe into the deadly occurrence.