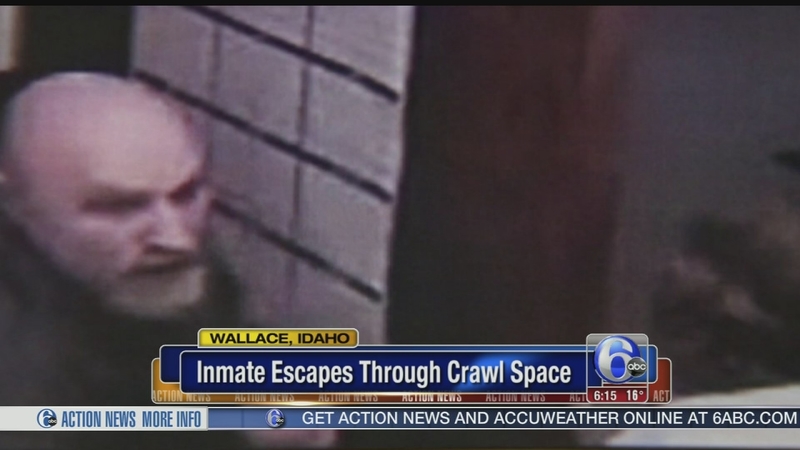 An inmate from Wallace, Idaho is on the loose.

Surveillance video shows the man bursting through a closet door, and past a cleaning lady, as he made his escape.

Police say the 48-year-old inmate had pulled open a ceiling panel, worked his way through a crawl space and ended up coming out of a cleaning closet in the jail's public area.

The inmate had been in jail since he stole from a Walmart in August.