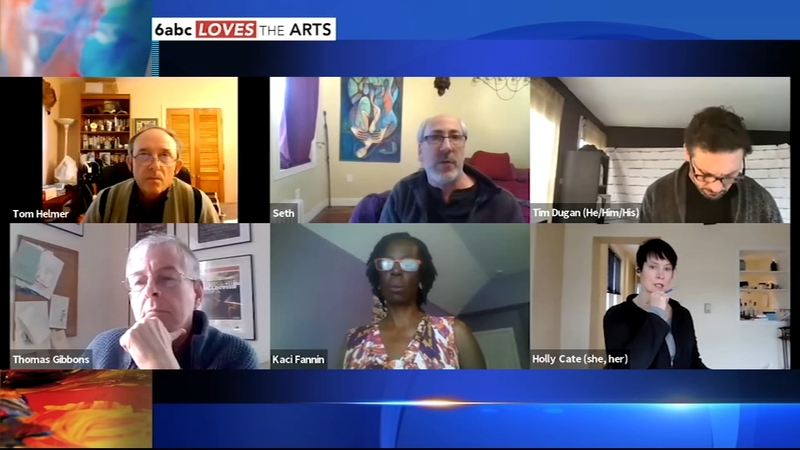 "She publicly conducts debates with creationists about things like the age of the earth and intelligent design," explains Thomas Gibbons, InterAct's Playwright-in-Residence.

Diana is scheduled to debate a theologian named Martin but just before the debate, she's diagnosed with cancer and is forced to cancel.

"After Diana dies, Martin publishes an essay, in which he says that they had their debate in private," Gibbons says, "he believes that she came to accept God in her final days."

There's a third character in the play, Diana's wife Ellen, who challenges Martin's story and says there was no deathbed conversation. That leads to one of the play's primary philosophical questions.

"Who decides what our legacy will be after we're gone?" Gibbons asks, and he invites audiences to also ponder this, "Is it possible to completely know another person, even the person we most love?"

"Most actors, actresses of color don't get a chance to play roles like this," Fannin says, "The fact that Diana is an atheist and I'm very much a Christian is interesting to me to play someone who's outside of myself like that."

The pandemic turned the play into a virtual production. The actors were given equipment so they could self-record at home.

"It forces you to really dig ... not into your toolbox, but into your depth" Fannin says, "the depth of your ability at your craft."

InterAct was founded in 1988 with a mission of using theater to spark conversations about pressing social, political and cultural issues.

"The piece is about relationships. Yes, it's about religion. It's also about the politics of religion," Fannin says. " But it's also about how we talk to one another, how we treat one another as human beings, and right now especially in this country, that is so important."

InterAct is streaming Steal Her Bones free with registration on the InterAct website starting February 9th.