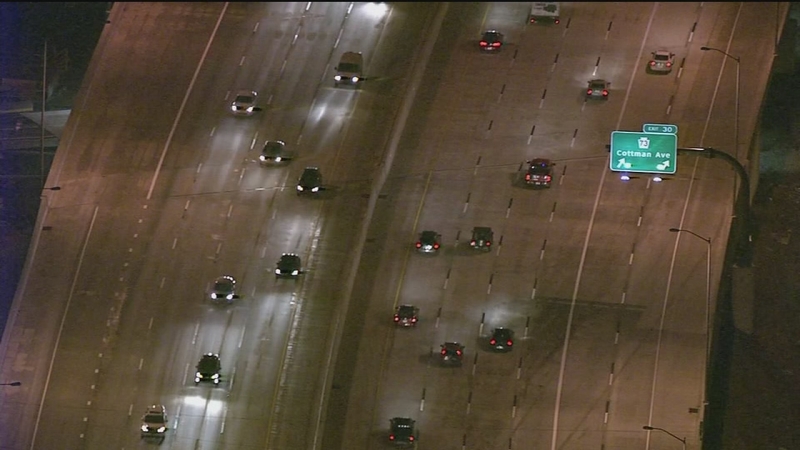 TACONY (WPVI) -- After years of the snail's pace movement of traffic, it looked and sounded like a Speed Raceway Wednesday night along Interstate 95 in the Tacony section of Philadelphia.

PennDOT officially marked the completion of a $212 million expansion project of the freeway between the Cottman and Bridge Street Interchanges. A project that widened one-and-a-half miles of roadway between Levick and Bleigh Avenue from three to four lanes in each direction.

Chopper 6 HD was overhead Wednesday as crews were removing the last barriers from the roadway.

"That should be completed tonight so that tomorrow morning, people coming into the city should float freely," said PennDOT Senior Engineer Harold Windisch.

The project also included the rebuilding of seven bridges, adding on and off ramps and widening others, and constructing 13 retaining walls.

"Both the contractor, everyone's been putting very long hours to try to get done before the holidays, just to open this up so that the people can enjoy over the holidays," said Windisch.

For the last three-and-a-half years, it's been a mess trying to get through the stretch of I-95 with the orange-and-white barrels and the yellow arrows telling you to go that way, others this way. But now, it feels wonderful having four lanes of wide-open freeway going in both directions.

Now that this phase of the rebuilding of I-95 is done, there are other construction projects just north of Center City that are still underway, and others set to get underway.