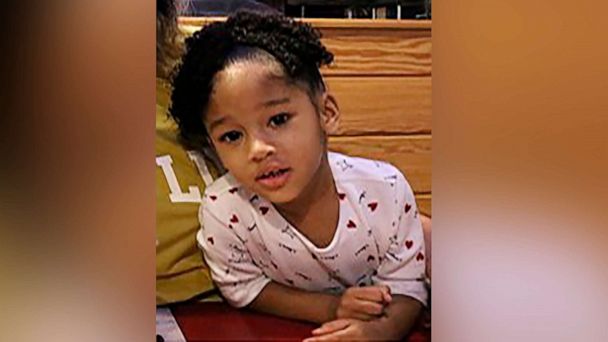 ABCNews
By KARMA ALLEN
As Texas authorities plead for the public's help in the search for 4-year-old Maleah Davis on Thursday, the man leading the effort is casting doubt on the likelihood of them finding her alive.

"The evidence shows that we believe she has been murdered. Let's bring this baby home, proper burial," Houston Police Department Chief Art Acevedo said. "Without finding that body, there is a hole left out there. We want to give them the closure, of both charges and finding her body."

Maleah was last seen on April 30 when surveillance footage captured her going into her Houston home with her mother's ex-fiance, 26-year-old Derion Vence. Additional surveillance footage from a neighbor showed Vence leaving the couple's apartment on May 3 with his son and a laundry basket.

Vence, who was caring for the toddler while her mom was away, told police that she'd been abducted by three men, including one who knocked him out during a carjacking, but Acevedo said he doesn't believe the story.

Police located the family's car on the side of a road in Missouri City, Texas, and investigators said cadaver-sniffing dogs detected the scent of human remains in the vehicle.

"You could drive a big rig right through the tales this guy has been telling," Acevedo said, referring to Vence. "I can sit here and say we're going to find her alive, but I'd be lying to you."

Officers arrested Vence earlier this month on suspicion of tampering with a human corpse, according to police. Acevedo said he has not been cooperative throughout the investigation.

"We're hopeful that the public hasn't forgotten about little miss Davis, this little angel that went missing," Acevedo said. "We're still calling for the public to think back on what they may have seen -- any suspicious vehicle behavior, anything that they may know [to help] this case."

The child's mother, 26-year-old Brittany Bowens, said it's hard to ignore the holes in Vence's story. She was out of town attending her father's funeral when the young girl went missing,

She said she's holding on for hope that Maleah will be found alive.

"As a mother, I want to hope that she is [still alive]," Bowens said. "I didn't know that after burying my father, I'd have to come home to this."

"I am a good mother. I'm hurting just like everybody else and I want answers too," she added.