Local grad was in Israel amid violence 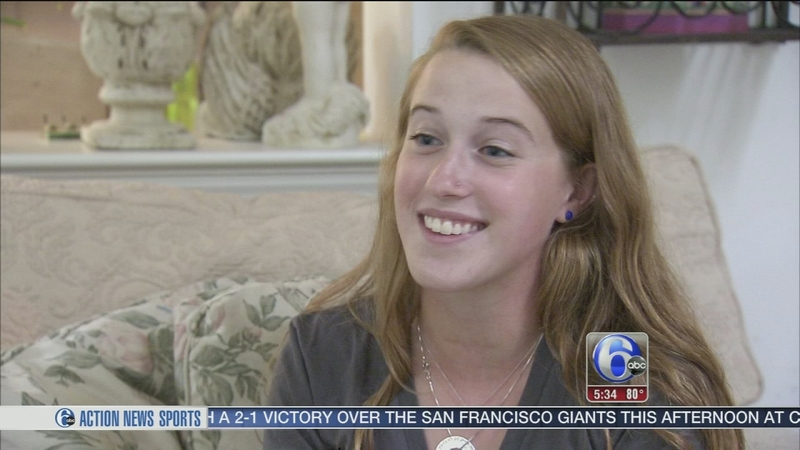 VIDEO: Local grad was in Israel amid violence

VILLANOVA (WPVI) -- Just as the deadly conflict between Israel and Hamas renewed, a high school graduate from our area was embarking on a trip of a lifetime to the region.

Looking at her pictures, it looks like any other summer experience. But Alex Freedman, an 18-year-old recent graduate from Radnor High School, said the five week internship with the Israeli Lacrosse Association is one she will never forget.

"It was a little unsettling to see the smoke clouds above my apartment, over metropolitan Tel Aviv. But it's great to see that versus a fire on the ground if a missile was to hit," Alex said.

She said most of her time was in a relatively calm Tel Aviv, but she also spent time working with kids in Ashkelon, just eight miles north of Gaza.

Alex said the children in Ashkelon weren't allowed to play outside, but she said her group did everything they could to help the kids have fun.

"To be able to take their minds off it, to teach them a sport, to bridge communities through sport, it was pretty awesome," she said.

During her time in Israel, Alex says she heard more than 10 sirens warning residents to take cover in bomb shelters. Every time she texted her parents to let them know she was okay so they wouldn't worry.

While the unrest in the Middle East was making headlines, Alex said she never felt unsafe.

"Safety was definitely a concern considering there were rockets being shot at Tel Aviv, which is where I was living. So, there was a little more caution in our everyday routine. We had to know where the bomb shelter was, had to know what to do if we heard the siren," she said.

Despite the violence, she says the experience of working with the children is one she would do again.