'It's just a recipe for destruction,' fire chief says of California wildfires 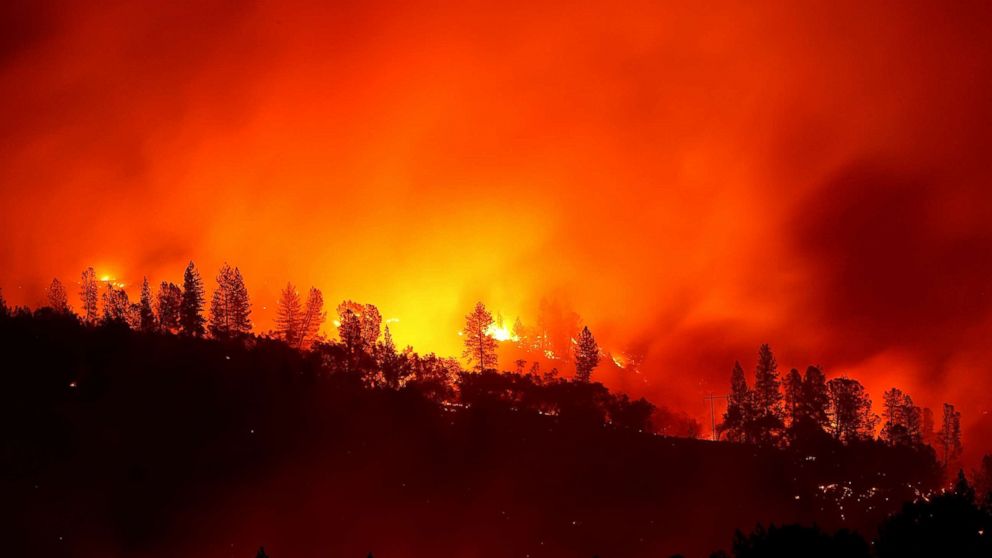 A prolonged drought followed by a welcomed spike in rain and another dry spell has created a "recipe for destruction" that's manifesting itself in wildfires of historic proportions raging in California, leveling thousands of homes and killing at least 31 people, a state fire official told ABC's "Good Morning America" on Monday.

With blazes burning in both Northern and Southern California, firefighters on the front lines are being pushed to the brink, many working 24-hour shifts to bring the infernos under control, said Battalion Chief Lucas Spellman of the California Department of Forestry and Fire Protection, also known as Cal Fire.

"We're all very exhausted. But at this point, we have people depending on us and we have a job to do and we're not going to stop until these fires are put out," Spellman said in an interview with ABC News' Chief Anchor George Stephanopoulos.

The death toll from fires rose to 31 overnight, according to officials. At least 200 people remain missing in the fire zones.

The Camp Fire in Northern California's Butte County, which started on Nov. 8, has burned 111,000 acres, destroyed more than 6,700 homes and business, killed 29 people and nearly wiped the Sierra foothills town of Paradise off the map. Firefighters working around the clock have gotten the blaze 25 percent contained.

Meanwhile, the Woolsey and Hill fires that ignited the same day in Southern California have blazed a path through Los Angeles and Ventura Counties, ravaging the celebrity enclaves like Malibu and Calabasas. While firefighters have gotten the Hill Fire 70 percent contained, strong Santa Ana winds continue to fan the Woolsey Fire, which has charred 85,500 acres, killed two people and reduced 177 homes to rubble.

The Woolsey Fire is only 10 percent contained.

"This new abnormal will continue, certainly in the next 10, 15, 20 years," Brown said at a news conference on Sunday.

"Unfortunately, the best science is telling us that dryness, warmth, drought -- all those things -- they're going to intensify," Brown said.

"Over the last few years it really keeps bringing up its head like this and it's just over and over again and these fires keep looking the same. It's really a new age of firefighting now," Spellman said on "Good Morning America."

He said a spike in precipitation last year that followed a five-year drought left the state's wildlands with an abundance of vegetation that is now fueling the infernos.

"Now we're back kind of in a drought right now. So, it's just a recipe for destruction," Spellman said.

Adding to the challenges to firefighters on the front lines throughout the state are gusty winds threatening to blow embers into areas that have yet to burn, officials said.

The infamous Santa Ana winds returned to Southern California over the weekend, stoking the Woolsey Fire with gusts of up to 50 mph that are expected to persist through at least Wednesday.