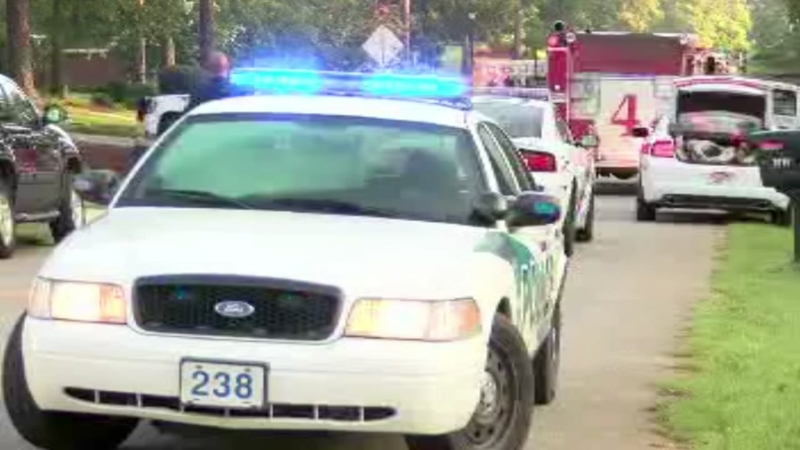 ALBANY, GA -- A woman allegedly attacked her three grandchildren with a knife and a large knife sharpener before setting her house on fire Wednesday morning.

Two of the children died Wednesday, and one was found alive in the trunk of a car.

The grandma identified as Jacqueline Sanders, 54, died Thursday morning at the hospital of smoke inhalation.

The children were identified as Jaylan Barr, 7, and Zakyria Sanders, 6, who both died and Isaiah Gates, 10, who survived.

Prosecutors said with Jacqueline's death, there will be no criminal charges or trial. They said she alone was responsible for the murders and fatal fire.

They say she first attacked Isaiah Tuesday night, yelling she was going to kill them all. He was stabbed and beaten severely. She apparently thought she had killed the boy and put his body in the trunk of a car.

Investigators say the grandmother then stabbed Zakyria while she slept in her bed and wrapped her body up in a blanket.

They say Jacqueline intentionally set a fire in the master bedroom in the front of the house at around 6am Wednesday.

She was apparently trying to escape with Jaylan out the back door when they were overcome by smoke.

Firefighters said they were at the house more than an hour before Isaiah let first responders know he was in the trunk. WALB reports that he remains hospitalized.

"After he was beaten and slashed he was forced into the trunk. And he in fact remained there even though there were other personnel EMT's and other personnel who were there as first responders, he was still afraid and didn't let anyone know that he was being held in the trunk," said Greg Edwards, Dougherty County DA.