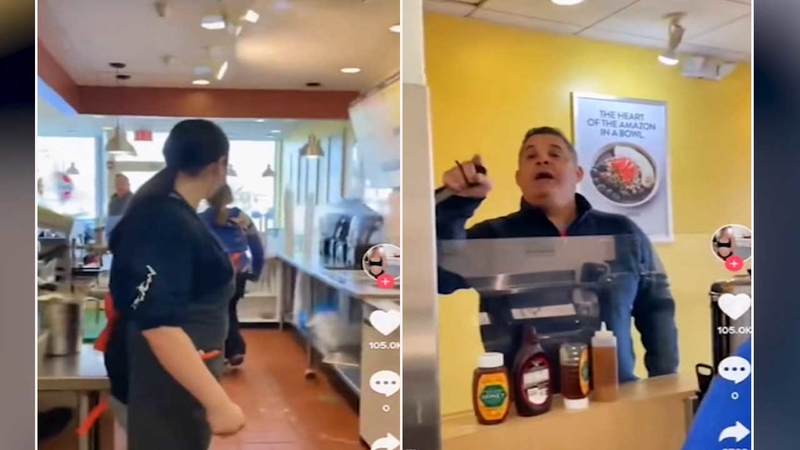 FAIRFIELD, Connecticut -- The man who went on a viral and racist tirade at a Connecticut smoothie shop has been fired from his job as a financial advisor with Merrill Lynch.

The incident happened Saturday afternoon, when James Iannazzo confronted employees at the store in Fairfield, saying his son had an allergic reaction after drinking a smoothie with nuts.

The confrontation quickly escalated, as Iannazzo allegedly threw a smoothie at one of the workers.

Employees called police after they say he tried to break into the back of the shop.

"He threatened to kill us multiple times," said employee Charlie Hill. "He tried to come behind the doors, and I started recording."

Video of the incident posted on TikTok has been viewed millions of times.

Iannazzo surrendered to police shortly after it happened.

He admitted he never told the employees about his son's allergy, but says he did ask for the smoothie without peanut butter.

He has hired a lawyer who said Iannazzo was under stress and his parental instincts kicked in because his son got sick from the smoothie.

Iannazzo has been charged with multiple counts and is due in court Feb. 7.

Merrill Lynch, which employed Iannazzo as a financial advisor, released the following statement on Monday: