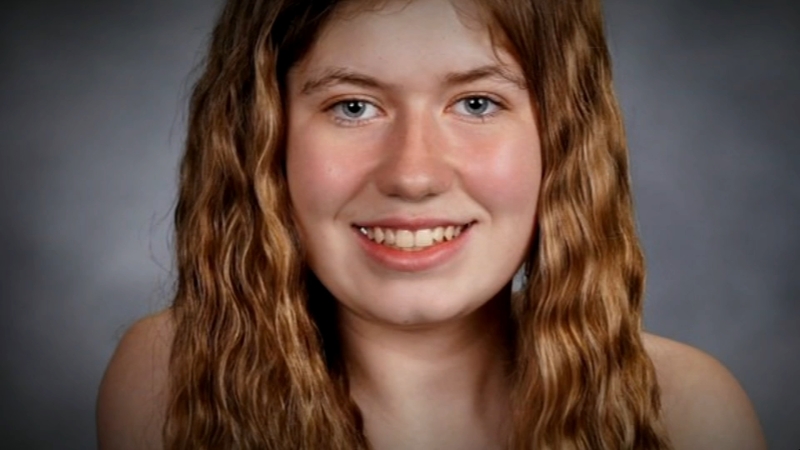 BARRON, Wis. -- A couple who called 911 and alerted authorities that Jayme Closs was at their home said they did not want a $50,000 reward for providing information on the abducted girl's whereabouts.

Kristin Kasinskas said that she and her husband, Peter, had not been approached by officials about the reward or where it may go. Still, they said if anyone does receive the reward, it should be Jayme.

"Because she got herself out," Kasinskas said.

The question of what to do with that five-figure reward money comes a week after 13-year-old Jayme was found alive and well outside Gordon, Wisconsin, about 70 miles north of where she was last seen. Her parents were killed and she was abducted October 15 near Barron, Wisconsin, sparking an extensive law enforcement search for any signs or tips on her whereabouts.

Police in Barron County, Wisconsin, announced Thursday night that 13-year-old Jayme Closs, who has been missing since October, has been found alive.

The FBI offered a $25,000 reward for any information leading to her rescue. In addition, the Jennie-O Turkey Store, the employer of her parents, Denise and James Closs, added another $25,000 to that reward.

But a break in the case didn't come until Jayme escaped from her captor and fled to safety on January 10.

"Jayme was the hero in the case. Jayme was the champion that finally said enough is enough," Barron County Sheriff Chris Fitzgerald said. "We can't be more proud of Jayme."

Now that she has been found alive, authorities are working to determine where the reward goes. Or if it's awarded at all.
Fitzgerald told CNN that he and the FBI will be consulting on the reward soon to make a decision about what happens with the money. FBI Milwaukee spokesman Leonard Peace also confirmed that the FBI is continuing to review the reward.

"That's a question for someone else other than me," District Attorney Brian Wright said Monday.

For nearly three months, Jayme was kept in captivity after her kidnapping. She told investigators that she was often forced under her captor's bed and blocked in by weights.

But when he left the home for several hours last week, Jayme pushed aside the weights blocking her, put on a pair of his oversize shoes and ran outside the home.

She came upon Jeanne Nutter, a neighbor out walking her dog. The two of them then went to a nearby home owned by the Kasinskas, who recognized the girl immediately from news reports. Together, they called police to let them know Jayme was alive and well.

In the call, Nutter explains how she came across Jayme.

CNN has reached out to Nutter for comment about the reward.

Jake Patterson, 21, has confessed to killing Jayme's parents and kidnapping her, according to a criminal complaint. He was charged with two counts of intentional homicide and a count of kidnapping and armed burglary, and he was ordered held on $5 million bail.

A 21-year-old man is in jail and accused of kidnapping Jayme Closs and murdering her parents.