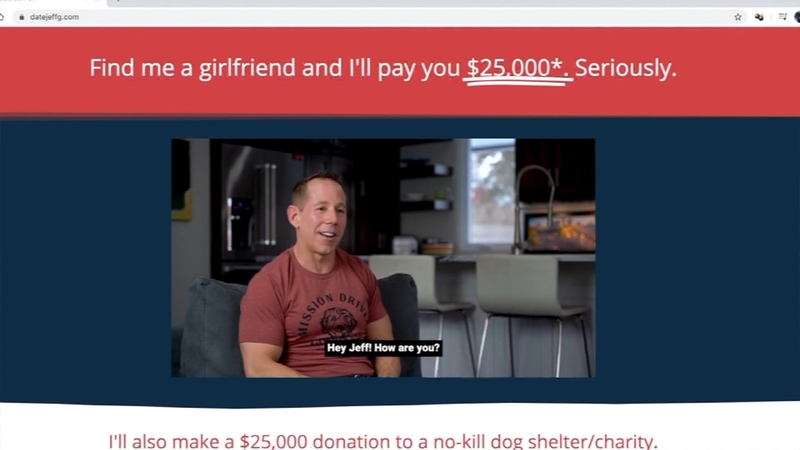 It sounds like a lot of money until you start talking with him about the value of love and happiness.

"If this pays off, this could be the best value ever," Gebhard said.

The 47-year-old, who's never been married, said he tried online dating after his last breakup but it wasn't for him.

Then he and a group of friends got to talking about how much time they invest each year swiping right, just to find out they should have swiped left.

"I saw that doing the same thing again and again and again is the definition of insanity -- expecting different results. So I knew I couldn't go back to online dating," Gebhart said.

That's when he formed focus groups and worked with friends for six months to build a website based on a simple premise.

"There's a lot of really good girls out there not dating," he said.

The promise of a payout has grabbed headlines since it launched over the weekend, even landing him in People magazine.

But the site is really based on matching personality analytics to only Jeff G.

Women who nominate themselves, which so far is about 60-percent of the applicants, won't be eligible for the money but are considered.

However, Gebhart is getting plenty of recommendations from people with friends they think would be perfect for him and his dog Gunner.

"I'd like to nominate a good friend, former boss and somebody who loves dogs quite possibly more than you," Gebhart said.

He said he's been overwhelmed by the responses and instant notoriety, but hopes it ultimately leads to him find the woman of his dreams.

Gebhart hopes his idea is just crazy enough that it might work.