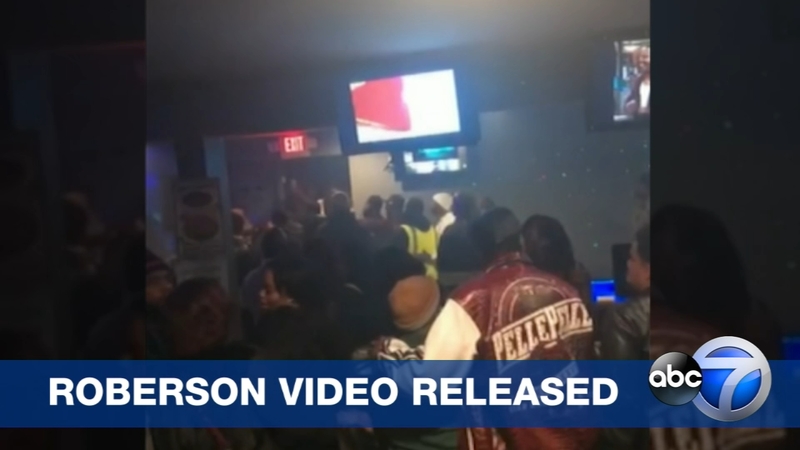 Dozens of clips from police body cam, dash cam and cellphones from the night of a fatal shooting at Manny's Blue Room in Robbins were released on Monday.

WLS-TV reports, security guard Jemel Roberson, 26, was killed in November at the nightclub by Midlothian police Officer Ian Covey, who was assisting with other police departments to reports of shots fired at the Robbins club.

The video footage was released in response to a Freedom of Information Act request.

Police video from the night of a Robbins nightclub police shooting was released by the Cook County Sheriff's Department.

In one of the recordings, the apparent gunshots that brought a swarm of police to that Robbins bar can be heard.

Minutes after that November shooting at Manny's Blue Room in Robbins, Roberson was fatally shot by Covey.
The video does not show Roberson being shot. It seems Officer Covey was not wearing a body cam.

The videos do show a flood of anger that Roberson was shot.

The initial findings from Illinois State Police, which is investigating the officer's use of force, suggested Roberson was not wearing anything that identified him as a security guard.

However, attorneys for Roberson's family have disputed that finding. The videos released Monday show what appears to be another security guard telling an officer that Roberson was wearing a security vest.
Video from inside the bar shows the altercation that apparently led to the gunfire, showing people pushing each other and at least one man being dragged outside.

While state police are investigating Roberson's fatal shooting, the Cook County Sheriff's Department is investigating the initial gunfire at the bar.

Nearly three months after the shooting, no arrests have been made.