ATLANTIC CITY, New Jersey (WPVI) -- it looked like any other typical stay on the boardwalk in Atlantic City and Ventnor on Thursday.

People were walking, jogging, riding bikes and walking their dogs, even with Hurricane Dorian was tracking north.

"I don't think it's going to come towards us, just by looking at the trajectory," sad Rodney Smith who is visiting Atlantic City from his home in Pennsauken. 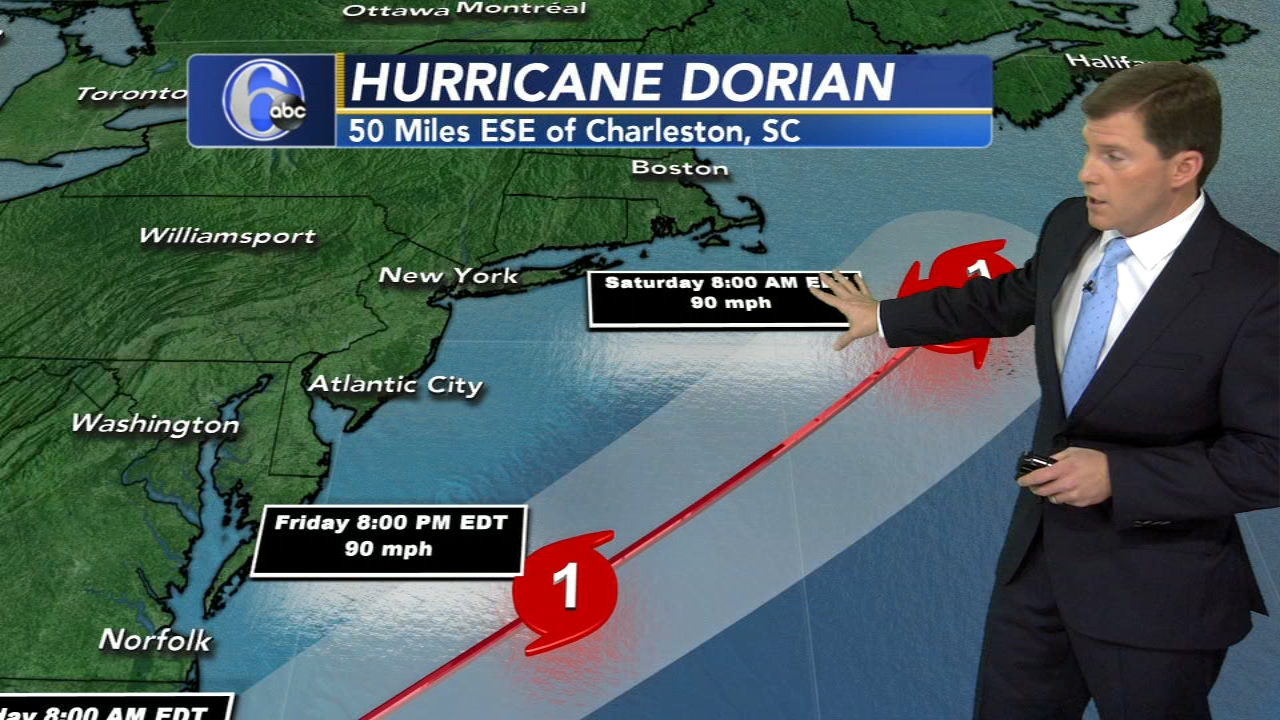 "I think it's OK," said Scott Brown as he walked his dog on the Ventnor boardwalk. "Looks like it's going out to sea, I hope."

Hurricane Dorian makes its way to our region Friday. But it won't be a direct hit.

The storm will be about 200 miles off the East Coast.

Dorian is forecast to bring up to an inch of rain to the shore. But as the Public Works Commissioner of Ventnor knows, the rain is not the only concern for some shore towns.

"Back bay flooding is our problem," said Commissioner Lance Landgraf. "We get winds like this, it'll be similar to a nor'easter coming across our coast. As the tide comes up tomorrow afternoon, we'll start to see water coming up through our bulkheads, through our street ends. And that's where we get our flooding."

Public Works crews in Ventnor were putting up roadblocks to warn people of possibly-flooded streets.

Officials in Ventnor expect to see some beach erosion. They're also pulling all the lifeguard stands, trash cans and mats off the beaches. And they're not ruling out closing those beaches either.

"Sever high tide. That would be our biggest problem," said Landgraf.

Meanwhile, resident like Mark Reisman aren't making any special preparations for the storm.