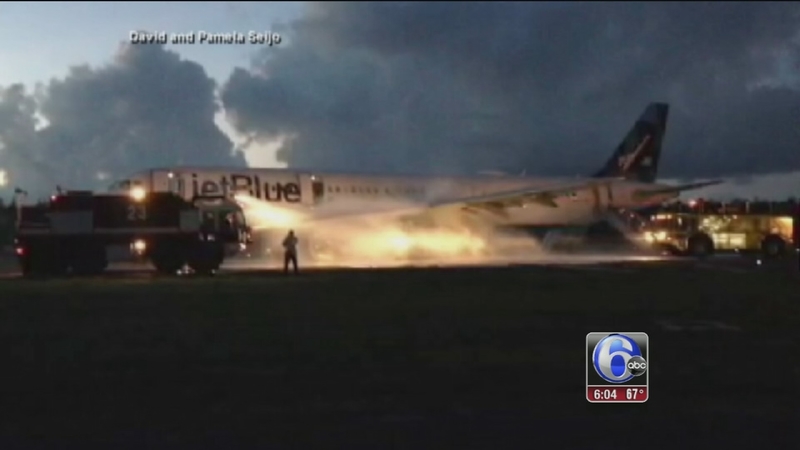 An engine fire forced the evacuation of a New York-bound JetBlue flight before it could take off on Saturday, Puerto Rico airport officials said.

Puerto Rico airport authority official Rolando Padua said in a statement that the 186 passengers aboard were evacuated after the pilot halted the A-320 at 7 p.m. EDT (2300 GMT) before it could take off. Firefighters at Luis Munoz Marin airport then extinguished the fire.

He said three people suffered minor injuries because of the emergency evacuation.