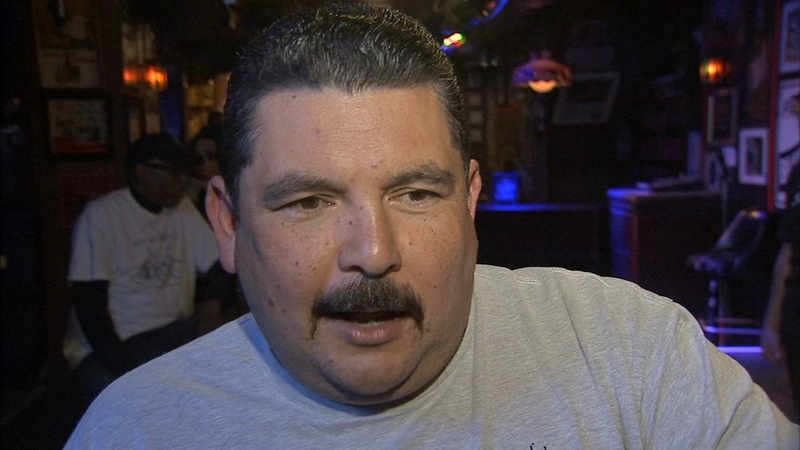 PHILADELPHIA (WPVI) -- There was no shortage of selfies and smiles inside Bob and Barbara's Lounge on South Street Thursday night.

A mix of regulars and fans gathered for some one-on-one time with a very special guest.

"Thank you to all the people of Philadelphia," said Guillermo Rodriguez of "Jimmy Kimmel Live!"

Guillermo stopped by to film a segment for the show promoting "Kimmel in Brooklyn" which tapes next week. This is his second visit to Philadelphia for the show.

Last time, he stopped at Pat's King of Steaks - and wasn't going to miss going a second time.

"I got to go back to Pat's," Guillermo added.

Of course, soon after, others were quick to shout out their preferred cheesesteak.

One fan even brought their favorite right up to the bar.

"I have here a fresh hot made Delaware County from Michael's Cheesesteak in Woodlyn, Pennsylvania," said the fan.

As far as why "Jimmy Kimmel Live!" picked Bob and Barbara's - the lounge is home to the city's longest-running drag show.

Owners Jack and Gretchen Prince said they are proud to represent the city on the national stage.

"We feel really special that we were picked," said Gretchen Prince.

"We've received a lot of good press, but never anything like this," added Jack Prince.

We pressed Guillermo if he'd be participating.

"If they ask me and they let me dance with them, I'm willing to dance," he said.

During our time, we also touched about life on tour, his ability to make people laugh, and of course tequila.

Action News reporter George Solis presented a photo of his father to Guillermo who has been told he resembles Kimmel's sidekick.

"Wow, I love his shirt, and I'm pretty sure he loves his tequila. Who doesn't love tequila," he laughed.

It is safe to say Guillermo is a fan of Philly.