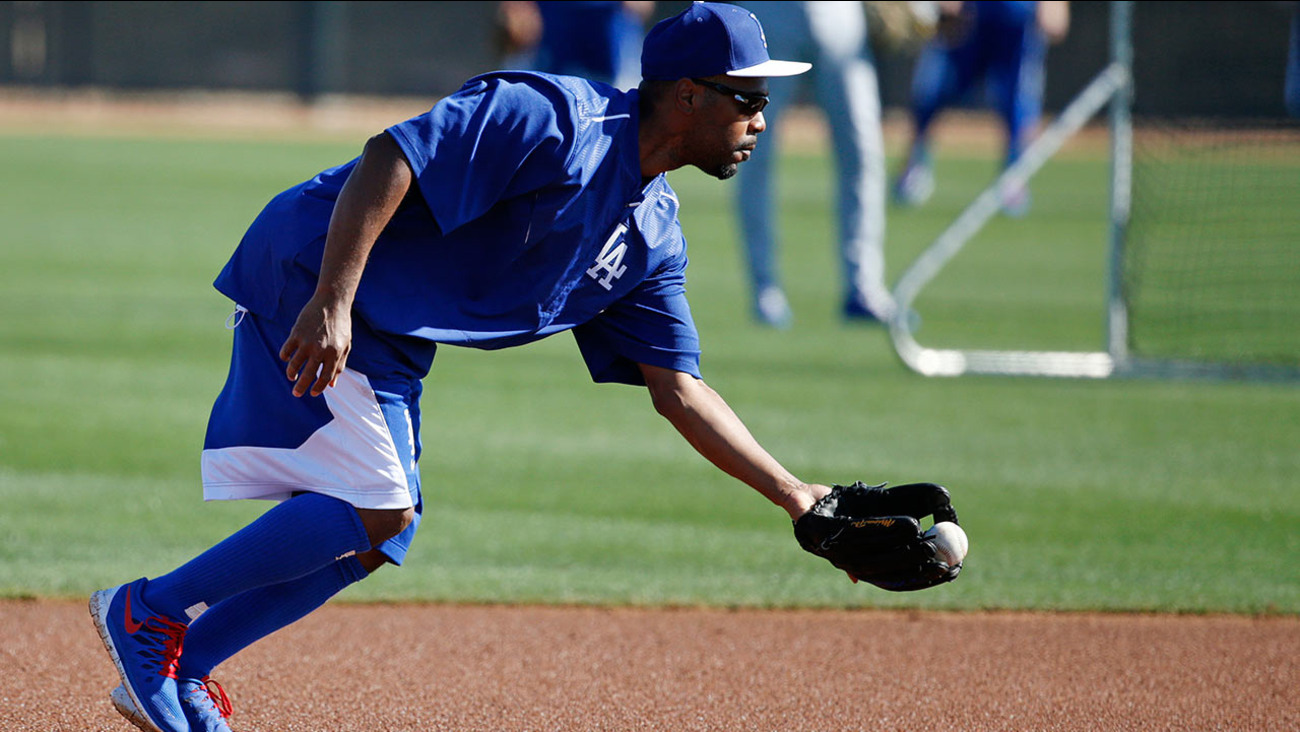 GLENDALE, Ariz. -- Jimmy Rollins savors a bite of bacon at his locker, then steals a quick glimpse at the bright blue No. 11 uniform hanging behind him. It's before 8 a.m. in the desert and the veteran shortstop becomes a bit poetic about it all, the cross-country move back to his home state of California, going from wearing bright red in Philadelphia to a more subdued Dodger blue.

"Same face, new place," Rollins quipped Friday morning with that warm, familiar grin. "Obviously, I'm very familiar with the uniform growing up in California, so it's not foreign to me. The numbers are much smaller. Red is so vibrant and out there that you don't have to look to see red. Blue is so subtle and softer on the eye that I don't really see the colors. It goes back to being familiar with the uniform, seeing it so often."

The Dodgers dealt for Rollins in December and will be receiving $1 million from the Phillies to cover part of his $11 million salary this season. He's only a couple of days into spring training work at Camelback Ranch, still becoming acquainted with teammates and coaches and routines.

Rollins spent a couple of hours earlier this week chatting up Yasiel Puig and going through a workout with the Cuban outfielder, with a little bit of translation help. After Friday's practice, Puig called for Rollins to assist him as Adrian Gonzalez threw his socks and gear onto Puig as he undressed.

"Jimmy! Come on, Jimmy! Do something!" Puig hollered.

Soon after, as many prepared to call it a day, Rollins headed back outside for bunting practice on a small field. He even shagged the balls afterward for the next person, promised to return for more the next day, then moved on to the cage.

"I no longer have the relationships that I had with the guys, the history with them," Rollins said of his decade-and-a-half stint with the Phillies. "I'm learning new guys and starting new relationships. It's very smooth. Fortunately, I've played against a lot of the guys in here. They're new as far as us being on the team together, but not so new that I don't know anyone's name."

The 36-year-old Rollins is thrilled to be playing in his home state of California again as a pro. He was born in Oakland and grew up in Alameda.

To keep him fresh and healthy, he will require his occasional days off, and manager Don Mattingly said Friday he is still determining who will be the regular fill-in when the shortstop needs a break.

"It's going to be huge. Jimmy comes with a big resume as far as championship player but also a guy that's been great on the field, a guy that's still being productive," Mattingly said. "When you start looking at his numbers, it doesn't matter what age he is, he's still playing well in all areas. He has credibility in our clubhouse instantly and has that championship pedigree."

He'd like another ring before he's through. For now, Rollins is navigating through all the change.

"I'm sure he's getting his feet wet like a lot of the new guys," reigning NL Cy Young Award winner and MVP Clayton Kershaw said. "He's great. He's been around a real long time, he's won. He's played the game probably longer than anybody in here."

He joins one of baseball's most experienced infields, which includes Juan Uribe at third, Howie Kendrick at second and first baseman Adrian Gonzalez.

"It's good to have a guy who we knew what we were going to get off the field and on the field," Gonzalez said.