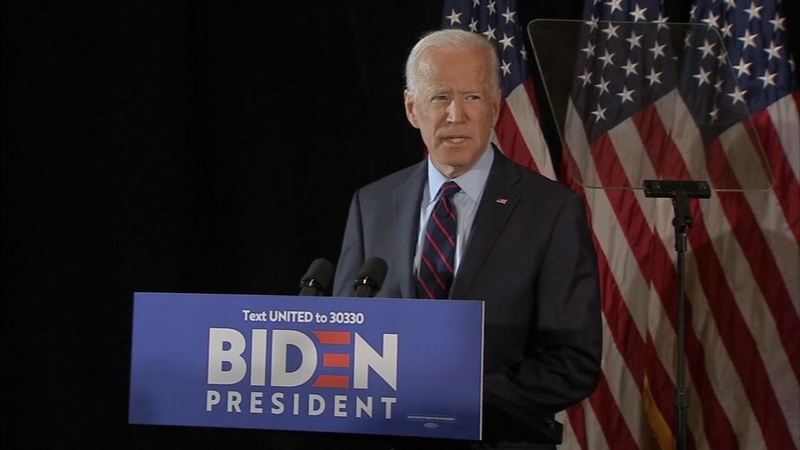 WILMINGTON, Delaware -- Joe Biden said Tuesday that Congress must use its "full constitutional authority" to determine whether President Donald Trump asked the Ukrainian president for dirt on him as he runs for the Democratic presidential nomination.

Biden says if Trump doesn't comply on that and other inquiries, he "will leave Congress ... with no choice but to initiate impeachment."

Biden says that would be a tragedy of Trump's "own making."

"It's time for this administration to stop stonewalling and provide the Congress with all the facts it needs, including a copy of the formal complaint made by the whistleblower," Biden said

While speaking in Wilmington, Delaware on Tuesday he added that the president apparently believes he is "above the law."

"We have a president who believes he is above the law pursing the leader of another nation to investigate a political opponent," Biden said.