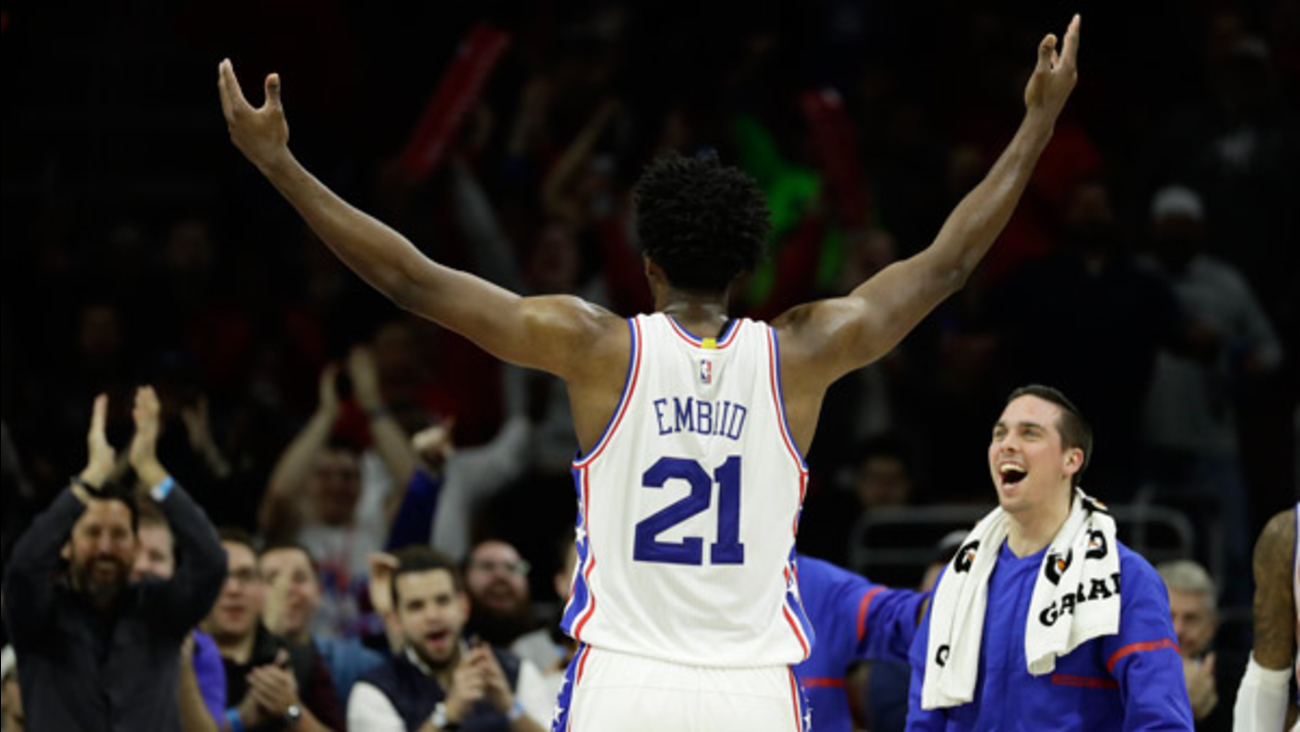 PHILADELPHIA (WPVI) -- You can trust the process with Joel Embiid for five more years as the Philadelphia 76ers officially announced the star's contract extension Tuesday.

The new contract extends Embiid through the 2022-23 campaign.

The Process to be continued...... I LOVE YOU PHILADELPHIA #5MoreYears pic.twitter.com/Xop96EhRPA

"I'm so thrilled to be in this position," Embiid said in statement. "I want to thank ownership, management, the coaches and most of all the fans, for supporting me throughout this whole process. I love this city and I'm so, so, so, so excited to be spending my next five years here and hopefully the rest of my career, God willing. Trust 'The Process.'"

The Cameroon native scored 20-or-more points 19 times in his rookie season, which led all first-year players.

Embiid was originally selected by the 76ers with the third overall pick in the 2014 NBA Draft after one season at the University of Kansas. As a freshman, he was named Big 12 Defensive Player of the Year and Second Team All-Big 12.