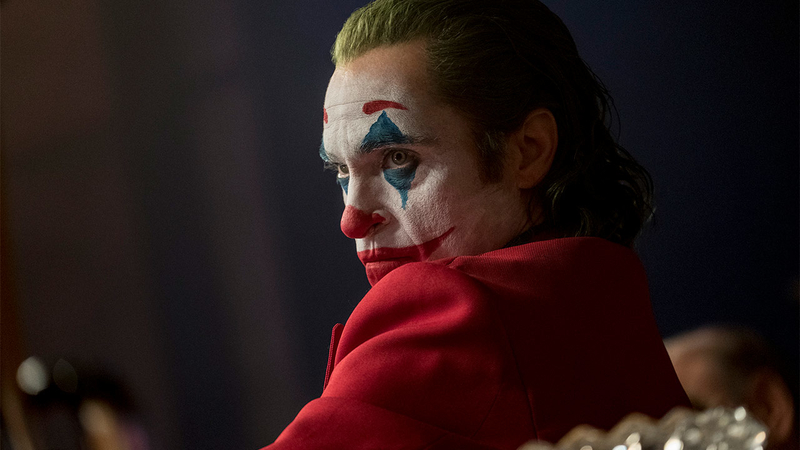 PHILADELPHIA (WPVI) -- Police departments across the country are on alert, including here in Philadelphia, as the new movie "Joker" hits theaters.

A typical night at the Regal UA Main Street Theatre in Manayunk doesn't include three patrol cars and a counterterrorism unit on guard. But Thursday night wasn't your typical debut.

"Joker" with Joaquin Phoenix has been highly anticipated.

Mike Kern of Manayunk said, "He's a guy who thinks the concept of crime is funny-- I love it."

But the film has also come under high scrutiny for its violent content and what that might inspire.

That's prompted a city-wide response by the Philadelphia Police Department.

Captain Malachi Jones said, "What happened back in 2012 in Aurora, Colorado, there's a heightened sense of concern and people naturally didn't forget that. There could be a repeat out there. The fact is we don't know."

"The main thing is we have no viable threat that currently is going on," he said.

But Jones said there is a plan in place while the movie is in popular demand to keep things safe across city theaters.

"What we plan to do, again, is a precautionary measure - police officers at the theaters to make people feel comfortable," Jones said,

Most "Joker" fans at the Manayunk theater were aware of the concern and appreciated Philadelphia police keeping out an eye.

Griffin Henry of Manayunk said, "It's nice to know there are cops here, but you got to live your life and do what you got to do."
Report a correction or typo
Related topics:
philadelphia newsmoviemovie premieresecurity
Copyright © 2022 WPVI-TV. All Rights Reserved.
TOP STORIES
Uvalde school shooting: What we know about 19 kids, teacher killed
TX school shooting leaves at least 19 children, 2 adults dead
Officer in Walter Wallace shooting killed in Philly motorcycle crash
Suspect in stabbing at Coatesville High School surrenders to police
NJ man, puppy recovering after vicious attack by neighbor's dog
36 shots fired, man walking dog killed in Port Richmond
Bar announces changes after fatal punch in Center City
Show More
Watch Steve Kerr's raw, emotional plea after Texas shooting
Matthew McConaughey: 'We must do better' after massacre in hometown
How to talk to kids about Texas school shooting
Biden to sign policing order on anniversary of Floyd's death
Bicyclist struck by hit-and-run driver in East Falls
More TOP STORIES News