Tamala Edwards: A Juneteenth journey from Texas to the White House 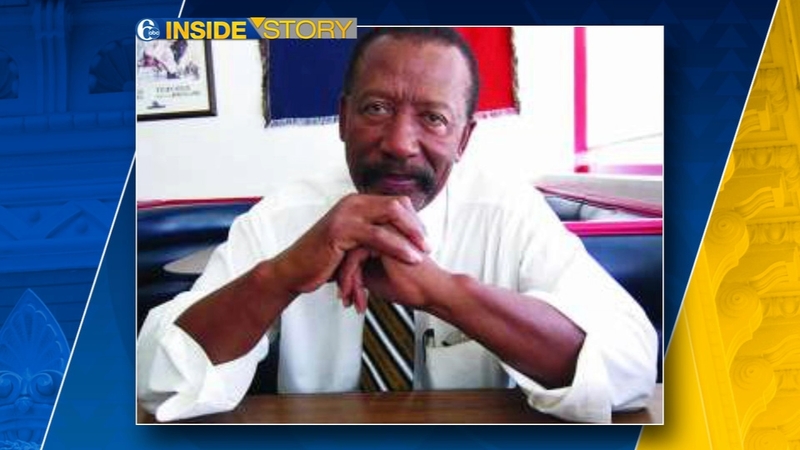 Tam shares story of her uncle's and Juneteenth

PHILADELPHIA (WPVI) -- My roots in Texas, in Houston, go back so far they seem to disappear into the soil itself. The names of generation after generation, story after story live in the house of spirits around me: Redick, a family name, for a man as large as he was gentle. Katie, regal and mean. Papa Frank and Mama Eugenia. My grandmother Josephine, just one in a corona of sisters, keepers of endless secrets. My grandfather Eldridge, a man with imposing will, his smooth dark skin broken only by a half moon scar in his forehead. His sons wear that face and, in the spread of my cheeks, so do I.

But when you're from Texas like I am there is much that is unspoken but that is known about the truths of our past in slavery. This was the end of the world. Freedom would never be at hand. You would work under the cruelest of conditions in the unforgiving sun and full blanket humidity or you would die. You could not make it past the rattlers, the barren heat, the varmints, the slave catchers, not that far.

And freedom when it did come in 1865 was bittersweet. You could leave...but to go where? There is word that some of the newly freed began to whoop, others to run that June 19th in 1865. There is also word that some were shot as they did. The message was sent immediately: Those who had cruelly taken two years of free labor saw nothing to celebrate and didn't look kindly on those who did. Blacks were routinely forbidden to gather in public places for future Juneteenths, though they did manage to buy a parcel of land in Houston. They called it Emancipation Park. People would gather there, on the black side of town, remembering the bonds of community that got them through. I imagine some in my line, food wrapped in wax paper or paper bags, wearing their one good outfit, laughing in the bath of sweat that comes with the Texas sun. But most of my people made it habit to gather at homes and in back yards where they could be guaranteed some degree of safety in a world defined by danger.

But it is with pride that my first memory of Juneteenth does not begin on Lavendar Street at the home house, running with the chickens and my cousins and playing "jump the ditch." Instead I am eight, in a stiff dress and tights. We have driven for hours from Houston to Austin, my brother pressed in the middle between my sister and me. Family gathers together to walk across the Capitol grounds. When we enter the building I notice the top of the rotunda. It seems to sit in the heavens. We crowd into the special section for visitors and look to the lectern.

There is my uncle Al, a state representative who in his first term has worked, politicked and fought for his signature piece of legislation to pass. He has had to take on not only the good ol' boys, but also the elite in the Black community, who say his bill and its focus on the enslaved is beneath them. 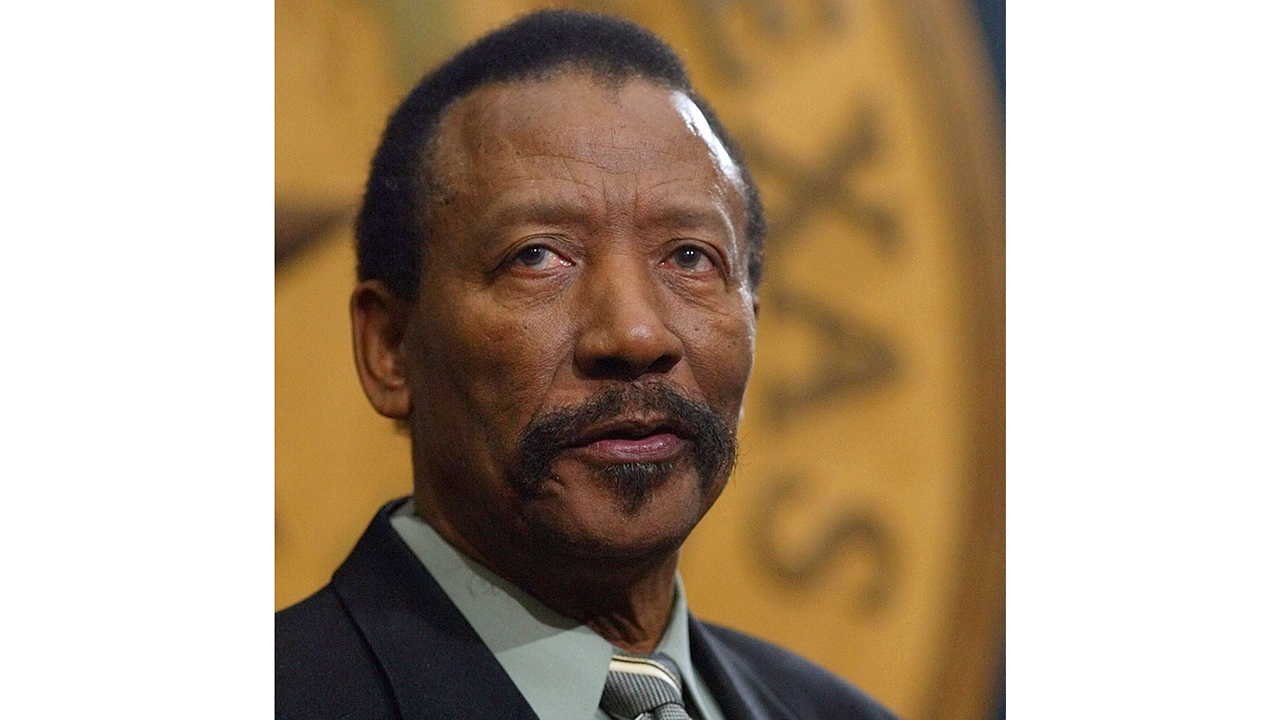 Juneteenth was now a state paid holiday in Texas, the first in the nation. A seed planted in 1979 was among those that bloomed in the East Room of the White House in 2021.

Other people may not have known what Juneteenth was but that one word held chapters for me. It was cookouts and hugs, gospel brunches and jazz concerts, voter drives and political demonstrations. It was family. 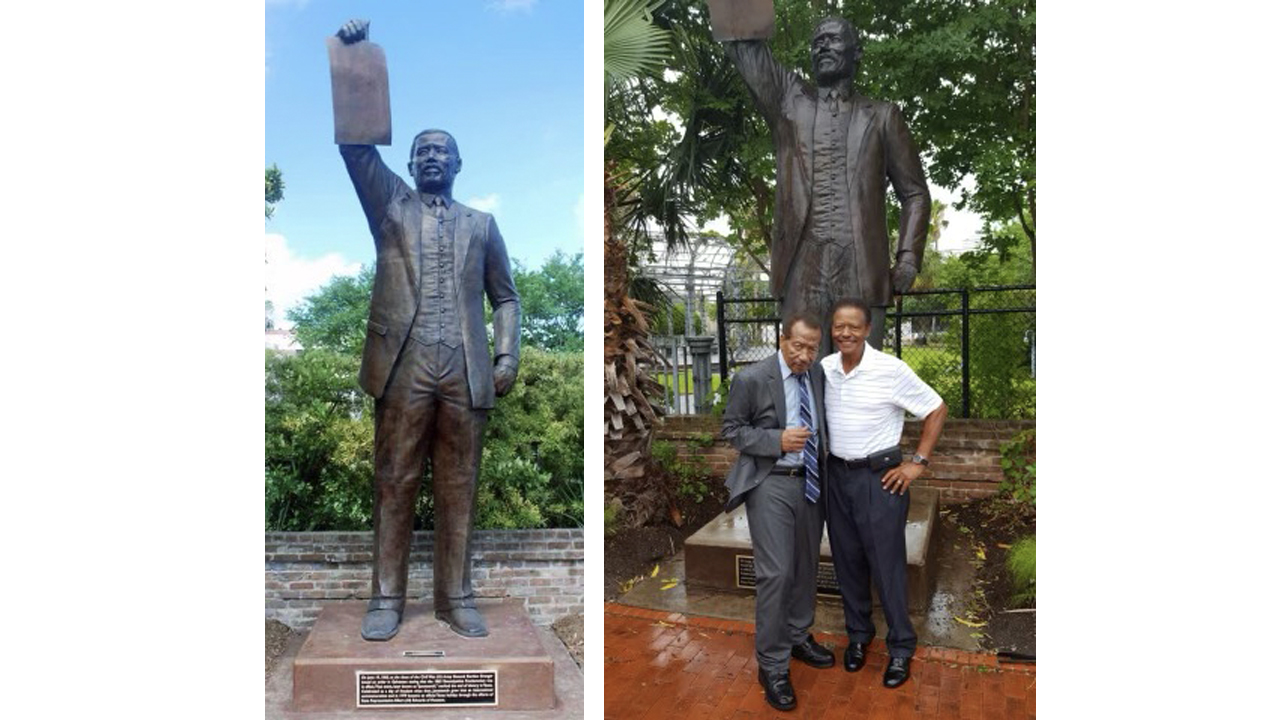 As I became an adult, I at first sensed this was a Houston thing. I didn't hear much about it after I left home....until I did. Blacks Texans took it with them from one ocean to the other. Sometimes it was in vogue, some years it seemed passe. But then the movement seemed to pick up strength, taking hold in city after city, state after state.

But if I'm being honest, that little girl in crinoline never truly dreamed she'd see the day when the most powerful man in America would tell the world what I've always known: Juneteenth is for everyone. Because freedom is for everyone. When the promise is fulfilled to one, it is a vow made good to all. Our history is not perfect, but it stands above for always, even if it's in fits and starts, moving towards a more perfect union. 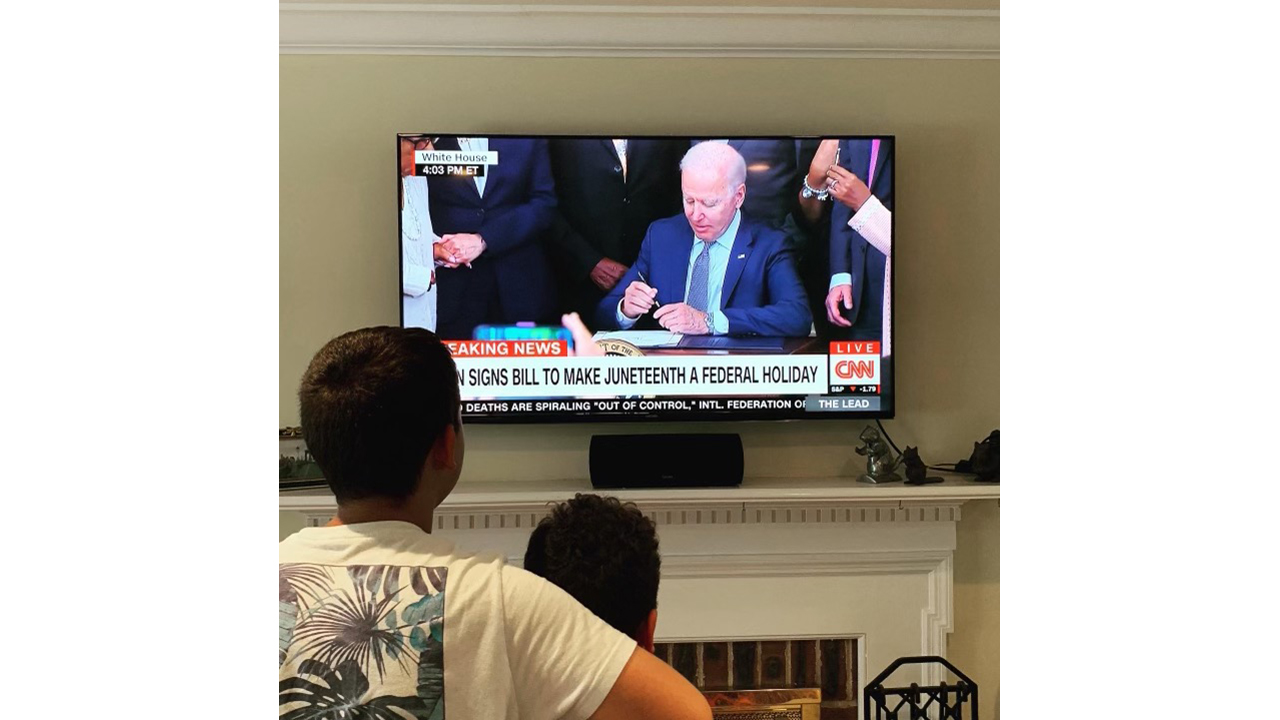 I watched that signing in my living room in a house my grandparents would never have been allowed to own in a neighborhood that would not have welcomed them. There has been forward progress. I looked at my sons and thought about heritage and legacy, fight and freedom. But all around us are signs and fights that prove how far we have to go.

Still, in the words of the old gospel songs, "wouldn't take nothing for my journey now," as this weekend I think about all those who came before, as I think about Uncle Al, and about my hopes and prayers for the next generation. If this weekend proved nothing else, it is that they can indeed come true.