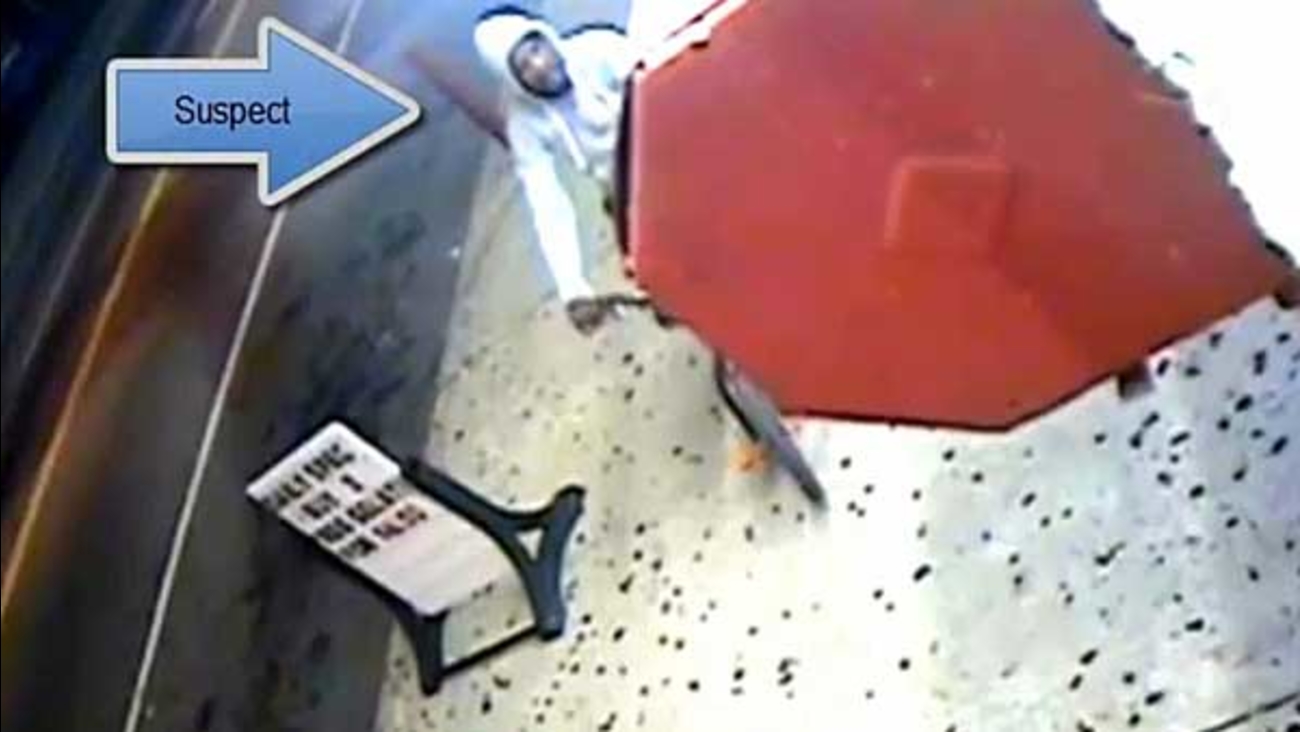 Police are searching for a suspect who robbed a Rita's Water Ice store at gunpoint in North Philadelphia.

NORTH PHILADELPHIA (WPVI) -- Police are searching for a suspect who robbed a Rita's Water Ice store at gunpoint in North Philadelphia.

It happened on August 27 at the store on the 1900 block of East Hunting Park Avenue.

Police say a 17-year-old girl was working at the walk-up window around 9:30 p.m. when an unknown male riding a black bicycle approached and ordered some water ice.

When the employee returned, the suspect was pointing a handgun at her and demanding cash.


She ran to the back of the store and told a co-worker what happened. Both stayed in the back until the suspect left.

No injuries were reported and nothing was taken during the robbery.

Police describe the suspect as a black male in his early 20s with a thin build and dark complexion. He had a scriffy beard and was wearing a grey hooded sweatshirt. He was also riding a black trick bike with red extended foot pegs, and was armed with a handgun.