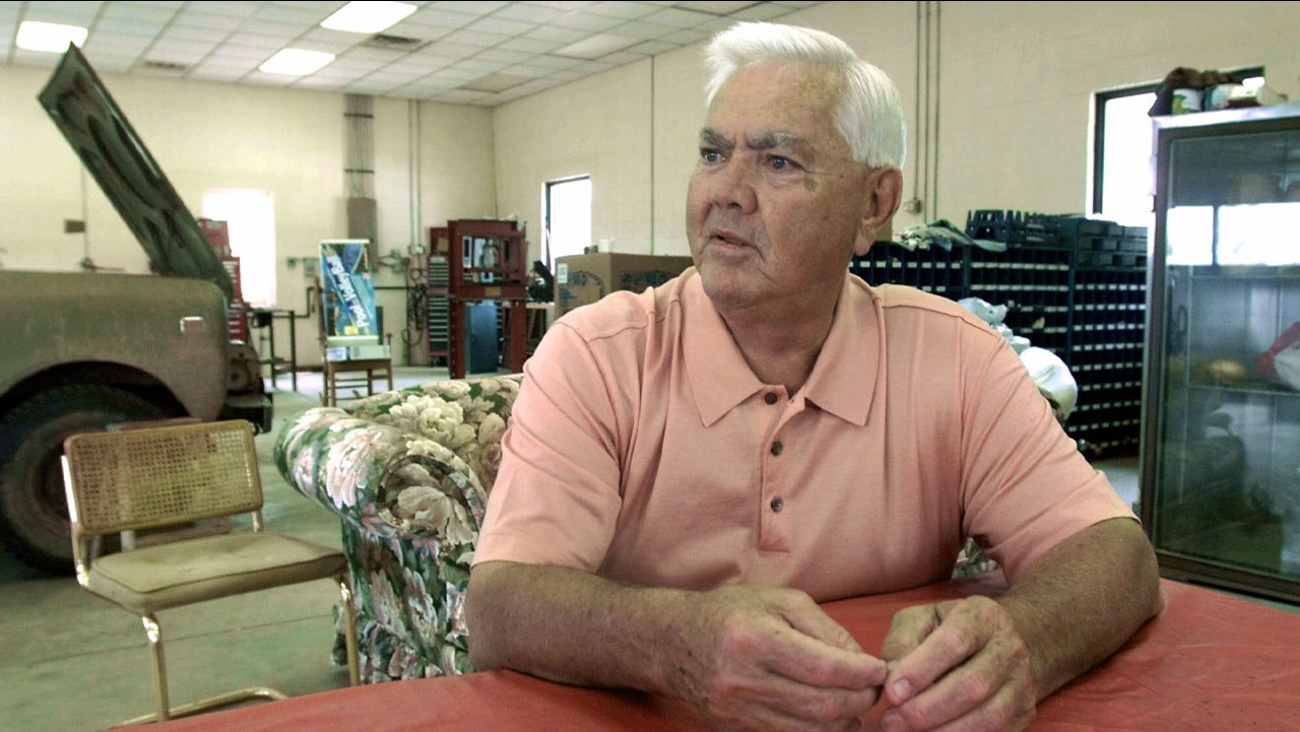 NASCAR legend Junior Johnson reminisces about racing at the North Wilkesboro Speedway as he relaxes in his shop near his home near North Wilkesboro, N.C., July 19, 2001. (AP Photo/Chuck Burton)

Johnson's death was confirmed by the NASCAR Hall of Fame, according to the NASCAR website. The website said his health had been declining and entered hospice care earlier in the week.

Johnson was inducted into the NASCAR Hall of Fame in its inaugural Class of 2010. He won 50 races in NASCAR's top division and added 132 victories and six championships.

The NASCAR world mourns the passing of Hall of Famer Junior Johnson, who has died at the age of 88: https://t.co/QBv0RjnB47 pic.twitter.com/MqcKrT8MA0

"Junior Johnson truly was the 'Last American Hero,' " NASCAR Chairman and CEO Jim France said in a statement. "From his early days running moonshine through the end of his life, Junior wholly embodied the NASCAR spirit. He was an inaugural NASCAR Hall of Famer, a nod to an extraordinary career as both a driver and team owner. Between his on-track accomplishments and his introduction of Winston to the sport, few have contributed to the success of NASCAR as Junior has. The entire NASCAR family is saddened by the loss of a true giant of our sport, and we offer our deepest condolences to Junior's family and friends during this difficult time."
Report a correction or typo
Related topics:
sportscelebrity deathsnascarobituary
Copyright © 2022 WPVI-TV. All Rights Reserved.
TOP STORIES
1 dead, 4 injured after driver crashes into utility pole in Montco
AccuWeather: Clipper system to bring snow showers to parts of region
Fire on roof sends smoke billowing over Center City
Fauci optimistic omicron will peak in February
Gamers raise thousands for CHOP during 24-hour marathon
5 tax changes that can boost your refund this year
Former CHOP patient becomes nurse at new King of Prussia hospital
Show More
Woman says someone followed her in Center City using Apple AirTag
Family demands justice after 23-year-old woman found dead after date
How to order your free COVID tests from the government
How a 73-year-old grandmother outwitted a scam artist
FBI issues new warning on QR codes
More TOP STORIES News