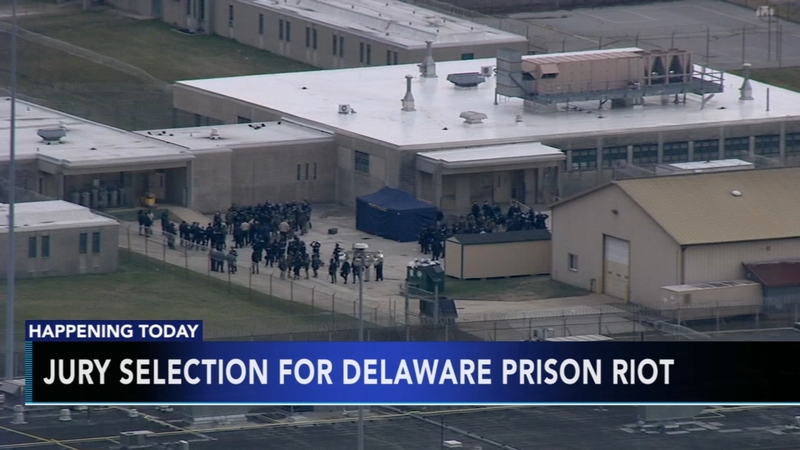 SMYRNA, Del. -- Jury selection begins Monday in the trial of 18 inmates charged in connection with a deadly prison riot in Delaware.

It happened in February 2017 at the James Vaughn Correctional Center in Smyrna.

Lieutenant Steven Floyd was held hostage and then murdered during the 18-hour standoff.

Two other prison guards were also hurt, and a female counselor was also held hostage during the incident.

Sixteen of the inmates are charged with first degree murder, assault and kidnapping.