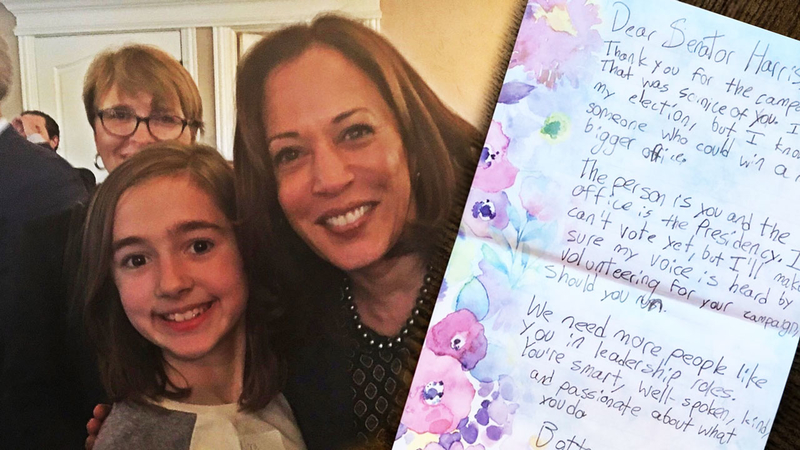 From one politician to another, a young Iowa girl's letter to presidential hopeful Sen. Kamala Harris is going viral.

Nora's mom, Janelle, tells ABC13 Eyewitness News the senator took time to give her daughter some advice during a busy campaign event in October as she prepared for a student council run.

While Nora didn't win, she's proving to the world she's gracious in defeat.

The little girl penned a letter expressing her gratitude for the election tips, and even encouraging Harris to launch another campaign herself, this time for the White House.

"I lost my election, but I know someone who could win a much bigger office," Nora writes. "The person is you and the office is the Presidency."

Sen. Harris posted a photo of the letter on her Facebook page Tuesday, saying Nora's letter was very persuasive in her decision to launch her 2020 presidential campaign.

Nora says she hopes to launch her own race for the White House, with her first chance coming in 2048.