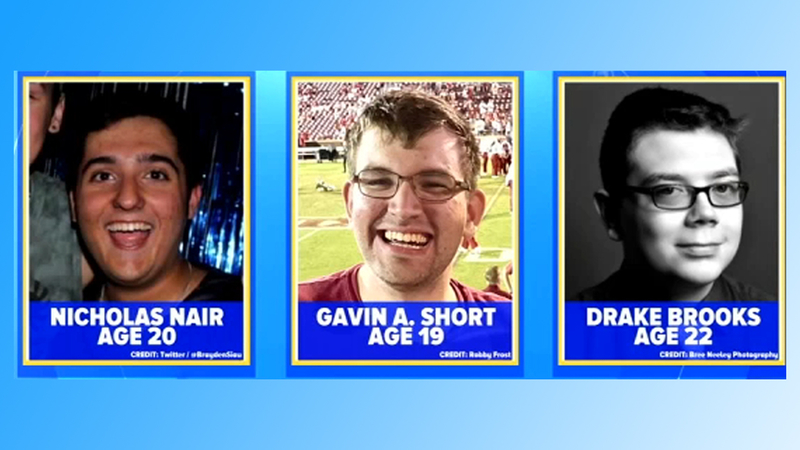 WICHITA, Kansas -- A tornado that barreled through parts of Kansas destroyed or damaged hundreds of homes and buildings, injured several people and left more than 15,000 people without power, officials said Saturday.

In addition to wreckage from the tornado itself, three University of Oklahoma meteorology students traveling back from storm chasing in Kansas were also killed in a crash Friday evening, according to officials.

Nicholas Nair, 20, of Denton, Texas; Gavin Short, 19, of Grayslake, Illinois; and Drake Brooks, 22, of Evansville, Indiana, died in the crash shortly before 11:30 p.m. Friday, according to an Oklahoma Highway Patrol report. 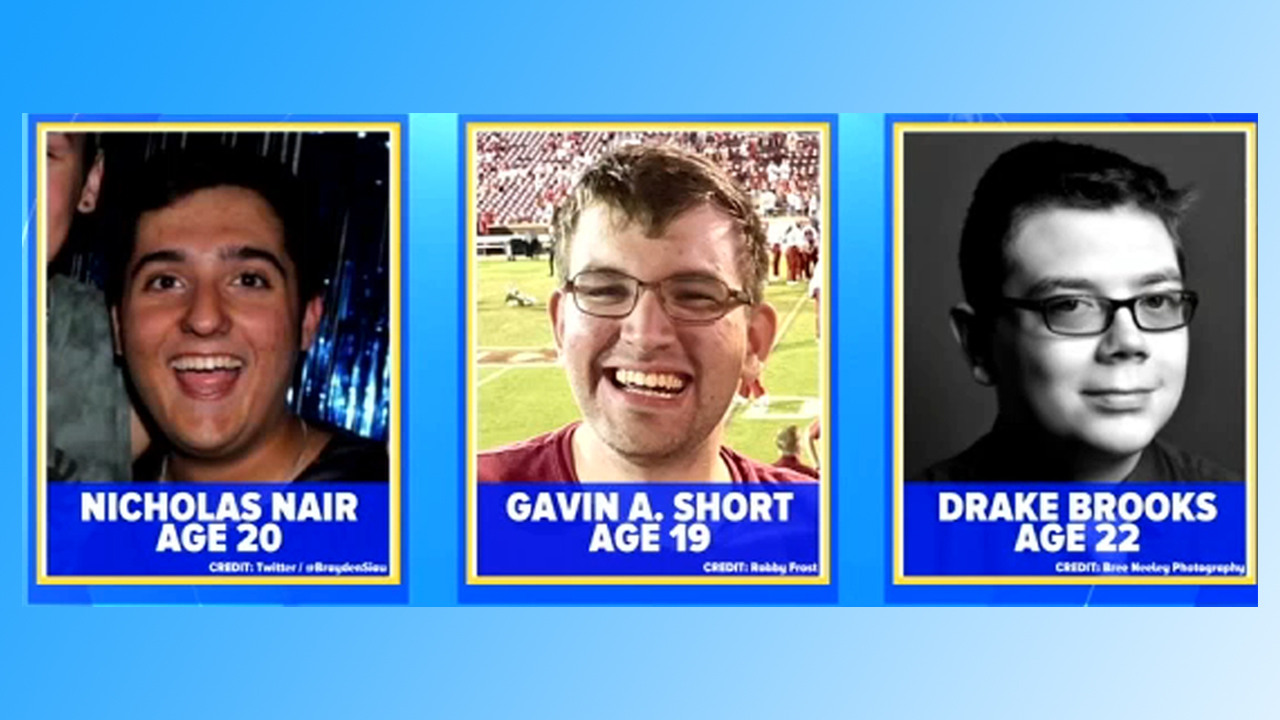 The three were in a vehicle being driven by Nair southbound on Interstate 35 when the vehicle hydroplaned and was struck by a tractor-trailer rig in Tonkawa, about 85 miles (137 kilometers) north of Oklahoma City, the report said.

A statement released by OU said: "The university is devastated to learn of the tragic passing of three students. Each were valued and loved members of our community."

More than 1,000 buildings were affected when a strong twister swept through Andover on Friday evening, according to authorities. In the daylight Saturday, emergency crews found a more widespread path of destruction than was earlier estimated.

Highest-res drone footage of the Andover, KS #tornado which has received a preliminary rating of EF3. Note how the tornado propagates via vortex dynamics and likely terrain. Incredibly, no lives were lost by this tornado pic.twitter.com/FJDBH8TAv6

"We now know that our damage path extended approximately 3 1/2 to 4 miles (5.6 to 6.4 kilometers) to the north of where we believed it to have ended last night," Andover Deputy Fire Chief Mike Roosevelt said at a briefing.

There were no reported fatalities or critical injuries from the tornado itself, despite the widespread destruction. Officials said only a few injuries had been reported. In Sedgwick County, three people were injured, including one woman who sustained serious injuries.

Search and rescue operations continued Saturday with more than 200 emergency responders from 30 agencies. Officials kept volunteers away from the damage until a secondary search of debris is done.

There are homes knocked completely off their foundations and entire neighborhoods wiped out, Russell said.

Field crews from the National Weather Service worked Saturday to determine the extent and strength of the twister, said meteorologist Kevin Darmofal at the Wichita office.

Flor and Aldo Delgado said they prayed in the basement of their Andover home as a tornado passed right above them, destroying their home and cars.

The couple looked out of the window Friday night and saw the tornado beginning to form, so they headed to the basement.

"The lights started flickering and eventually went out, and within a minute from that the whole house started shaking and it was so loud. We started feeling water hitting our faces, and there was just dust everywhere. It lasted for what felt like a minute that it was right above us," Aldo Delgado said.

Flor Delgado said she could hear their home being torn apart as they prayed for their safety, the Wichita Eagle reported.

"In the moment I realized there is absolutely nothing we could do. I knew my husband felt it too because he was calm and comforting me, but at one point he just starts losing it and crying. I could hear his voice cracking as he's praying," she said.

Once the tornado passed, the couple made it out of the debris with only the clothes on their backs. Their home, cars and personal items are gone.

"We didn't even have our wedding rings on at the time," Flor Delgado added.

Evergy said about 15,000 customers lost power during the tornado and that work continued to restore electricity. Any broken gas and water lines were shut off and by noon there were no known active leaks.