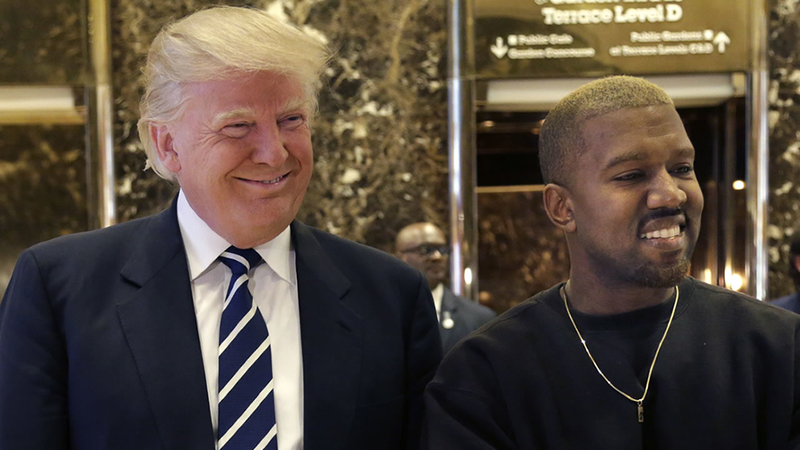 West stood silently next to the president-elect for photos in the lobby of Trump Tower after their meeting. Asked why he wasn't speaking, West said, "I just want to take a picture right now."

Trump said he and West were "just friends" and called the musician a "good man." He said they discussed "life." The two did not answer questions about whether West would perform at the Inauguration.

West entered the building shortly after 9 a.m. with a large entourage. He was not accompanied by wife Kim Kardashian West.

The 39-year-old recently spent over a week in Ronald Reagan UCLA Medical Center in Los Angeles for stress and exhaustion. Days before his hospitalization, he abruptly canceled his U.S. concert tour.

Last month during a concert in San Jose, California, West said he didn't vote for president, but if he had, he would have cast a ballot for Trump. He also praised the president-elect's "method of communication" as "very futuristic" and spoke about his plans to run for that office in 2020, saying that he will become "a different kind of president."