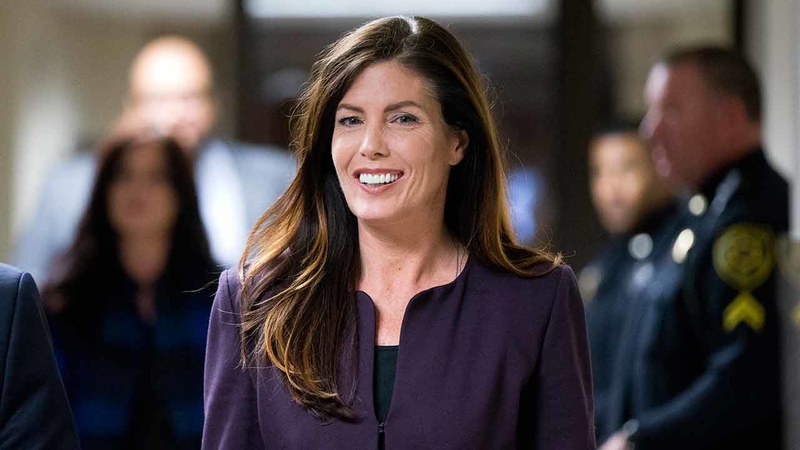 HARRISBURG, Pa. -- Pennsylvania's embattled attorney general survived a Senate vote to remove her from office on Wednesday as all but one of her fellow Democrats stood by her, defeating a resolution that said her lack of a valid law license had rendered her unable to perform her official duties.

The 29-19 vote fell four votes short of the two-thirds required under a provision of the state constitution that gives the Senate the ability to remove elected civil officers without going through the House-initiated impeachment process.

Attorney General Kathleen Kane has been without a valid law license since the state Supreme Court suspended it in October, and she faces a criminal trial scheduled for August on allegations she leaked secret grand jury material and lied about it. She has been dismissive of the Senate process, saying it violated the state constitution as well as the will of voters who elected her more than three years ago.

She issued a statement after the vote, calling it "a good day for all those who share my desire to restore confidence in our judges and prosecutors and integrity to our system of justice."

Kane said a special prosecutor will continue looking into the exchange of lewd and otherwise objectionable emails on state computers. The scandal has already led one state Supreme Court justice to abruptly retire and has a second currently awaiting trial on judicial ethics charges.

"I am happy to continue this effort, finish the mission I pledged to carry out and the job for which I was elected to serve," Kane said.

At the same time the Senate was debating the resolution, the House voted 170-12 at the other end of the Capitol to authorize the Judiciary Committee to recommend whether Kane should be impeached. If the House does impeach her, a trial on her removal would then occur in the Senate.

Senate Democrats argued there was not much evidence her suspension has kept the 800-plus-employee agency from operating properly and warned removal would have set a dangerous precedent, giving the chamber the ability to take out office holders with scant evidence and on short notice.

"Such a drastic measure, to recommend the removal of a statewide elected official, requires more than maybes and speculation," said Sen. Sean Wiley, D-Erie, who voted no.

Sen. Lisa Baker, R-Luzerne, a yes vote, said it was in the public's best interests to have someone in the post who can serve as a lawyer.

"Kathleen Kane cannot perform as the commonwealth's lawyer," Baker said. "What overriding public purpose is there in retaining a title when she cannot perform the duties of the job?"

The "direct removal" provision the Senate voted down dates to the 19th century and has not been used in more than a century. The state's most recent impeachment was a Supreme Court justice in 1994.

"This may be the most extraordinary action any of us will take being a senator," said Sen. Judy Schwank, D-Berks. "The last time the Senate tried it the West was still considered the frontier, women did not have the right to vote and Ellis Island had not even received one immigrant."

The vote came as Kane, the first woman and first Democrat elected as the state's attorney general, and other candidates for office are gathering signatures to get on the April 26 primary ballot.

Despite the near-party line vote against removing Kane, Republicans insisted politics were not a consideration.

Scarnati did not rule out another Senate vote on Kane's removal.

Kane's full statement is below:

Today is a good day for all those who share my desire to restore confidence in our judges and prosecutors and integrity to our system of justice. Special Prosecutor Gansler will press on, leaving no hate-filled email unread and no ex parte communication uncovered, in our effort to deliver to all Pennsylvanians, the system of justice we deserve rather than the one we now have. I am happy to continue this effort, finish the mission I pledged to carry out and the job for which I was elected to serve.