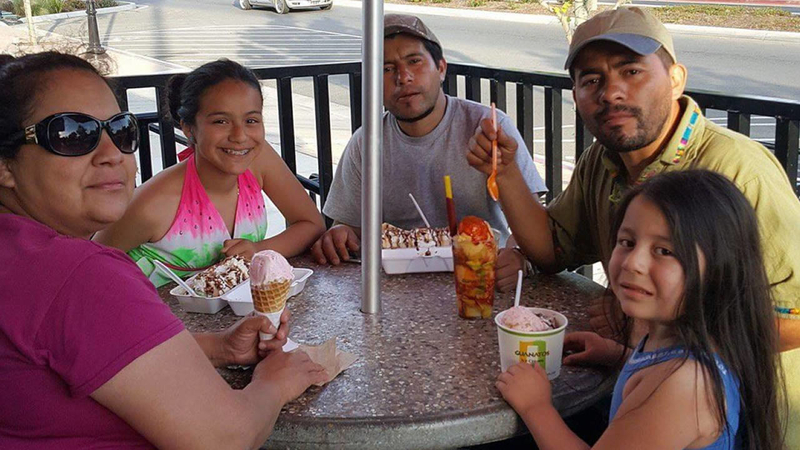 SAN FRANCISCO (WPVI) -- Authorities have identified Roni Avila Alvarado as the man who died on Sunday as he saved his 5-year-old daughter's life when their kayak overturned off Brannan Island State Park near Antioch, California. Investigators say neither was wearing a life jacket.

KGO-TV reports, the whole family was having a picnic at the park when the dad took the 5-year-old on a kayak ride. His other daughter, 11-year-old Maria, watched it all happen from the shore and she wanted to share her dad's heroism.

No life vests in kayak led to dad drowning according to Sacramento sheriffs office. He saved daughter first #abc7news pic.twitter.com/LiLiaGrgTU

"There were these boats going really fast and they started to make waves and when one of the waves hit the side of the kayak, it flipped over and they fell," said Maria. "My dad quickly got my sister and held her up. He really tried to get her safe first and he went like that, and his head was in the water and he couldn't breathe, but he made sure she was safe."

It happened in the Delta near 3 Mile Slough. The Sacramento County Sheriff's Department said the dad handed the girl off to a jet skier who safely brought her to shore uninjured.

For hours on Sunday afternoon and evening, helicopters and boats equipped with side scan sonar searched the waterway. At 11:00 p.m., a dive team recovered the body of the 40-year-old construction worker from Guatemala, who leaves behind a wife and two daughters.
The sheriff's department says it's the third drowning in the last two months in which the victim was not wearing a life vest.

"It makes me cry," said witness Jentry Jasperson. "It just, it breaks my heart. I couldn't imagine having a child out there without a vest. It's just scary, it scares me."